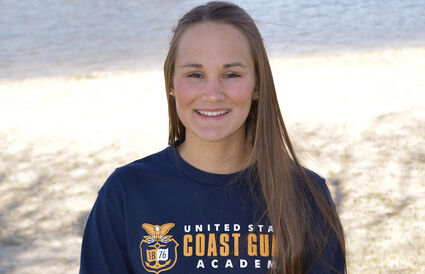 The United States Coast Guard Academy announced that Alaina Riggs from Tehachapi High School has been recognized for superior academic achievement and leadership potential. Alaina has the distinction of being the first student from Tehachapi to accept an appointment to attend the Coast Guard Academy and formally received her appointment in a ceremony at Tehachapi High School on Thursday, May 26.

Alaina is the daughter of Gordon and Suree Riggs. Her sister Jessica is a midshipman at the U.S. Naval Academy. They are the granddaughters of Narong Santatikul of Northridge, the late Lana Reynolds and the late Janet and Merle Riggs.