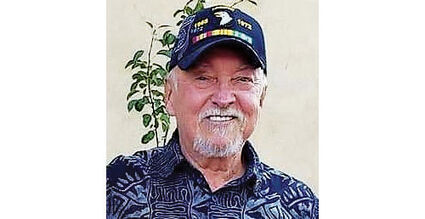 Charles Loy Lander, AKA Todd Lander, went home to our Lord on August 24, 2021, after a yearlong battle with cancer. Born in 1947, Todd grew up in rural Red Bluff, a small town in Northern California. The oldest of six children in his family, Todd spent much of his childhood swimming competitively, earning a letter in all four years of high school. After being drafted at the age of twenty, he served in the U.S. Army for two years.

Twenty-one days before being deployed to Vietnam, Todd married the love of his life, Sandy Jones, whom he'd met on a blind date the year before. The marriage would last until his death fifty-three years later. He believed it was his love for Sandy and his profound belief in God that helped him survive one horrendous year in the jungles of Vietnam, as an infantryman and combat soldier for the 101st Airborne Division.

After he returned home from the war, Todd joined the L.A. Country Sheriff's Department, where he eventually became an expert training officer and developed over 40 classes for law enforcement. In his 30-year career, he taught these classes to many agencies across the country, on such topics as body language, interrogation, communication, fire survival and crisis prevention.

In 2001, Todd and Sandy moved to Bear Valley Springs, where Todd served for well over a decade as a director on the BVSA Board, working hard to help build Bear Valley into the vibrant community it is today. Most would agree he was effective in this role because he remained respectful of other people's opinions, non-confrontational and often a voice of reason. Those who knew and loved Todd admired his gentle spirit, kindness toward everyone, and his quick wit that brought laughter and joy to whomever he was with.

A year ago, Todd published BOUND BY HONOR: A Memoir of Friendship, Love and Survival, that has helped many to understand the horrors of war and particularly the one he fought in Vietnam. At the end of his life, Todd demonstrated the same quiet courage and conviction that he showed in Vietnam and throughout his life.

He is survived by his beloved wife Sandy; their sons, Steven Charles Lander of Tehachapi and Robert Todd Lander of Crestline, California; and grandchildren, Sierra, Tess, and Jude Lander. A memorial mass will be held at St. Malachy Catholic Church in Tehachapi, at 11 a.m. on Friday, October 8, 2021. A Celebration of Life will take place that afternoon at 3 p.m. at Cub Lake in Bear Valley Springs.