With ultra-low rates, should you still invest in bonds? 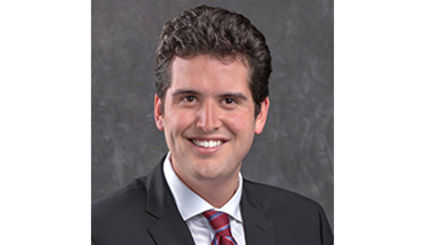 If you've been investing for many years and you've owned bonds, you've seen some pretty big changes on your financial statements.

In 2000, the average yield on a 10-year U.S. Treasury security was about six percent; in 2010, it had dropped to slightly over three percent, and for most of 2020, it was less than one percent. That's an enormous difference, and it may lead you to this question: With yields so low on bonds, why should you even consider them?

Of course, while the 10-year Treasury note is an important benchmark, it doesn't represent the returns on any bonds you could purchase. Typically, longer-term bonds, such as those that mature in 20 or 30 years, pay higher rates to account for inflation and to reward you for locking up your money for many years. But the same downward trend can be seen in these longer-term bonds, too – in 2020, the average 30-year Treasury bond yield was only slightly above 1.5 percent.

Among other things, these numbers mean that investors of 10 or 20 years ago could have gotten some reasonably good income from investment-grade bonds. But today, the picture is different. (Higher-yield bonds, sometimes known as "junk" bonds, can offer more income but carry a higher risk of default.)

Nonetheless, while rates are low now, you may be able to employ a strategy that can help you in any interest-rate environment. You can build a bond "ladder" of individual bonds that mature on different dates. When market interest rates are low, you'll still have your longer-term bonds earning higher yields (and long-term yields, while fluctuating, are expected to rise in the future). When interest rates rise, your maturing bonds can be reinvested at these new, higher levels. Be sure you evaluate whether a bond ladder and the securities held within it are consistent with your investment objectives, risk tolerance and financial circumstances.

Furthermore, bonds can provide you with other benefits. For one thing, they can help diversify your portfolio, especially if it's heavily weighted toward stocks. Also, stock and bond prices often (although not always) move in opposite directions, so if the stock market goes through a down period, the value of your bonds may rise. And bonds are usually less volatile than stocks, so they can have a "calming" effect on your portfolio. Plus, if you hold your bonds until maturity, you will get your entire principal back (providing the bond issuer doesn't default, which is generally unlikely if you own investment-grade bonds), so bond ownership gives you a chance to preserve capital while still investing.

But if the primary reason you have owned bonds is because of the income they offer, you may have to look elsewhere during periods of ultra-low interest rates. For example, you could invest in dividend-paying stocks. Some stocks have long track records of increasing dividends, year after year, giving you a potential source of rising income. (Keep in mind, though, that dividends can be increased, decreased or eliminated at any time.) Be aware, though, that stocks are subject to greater risks and market movements than bonds.

Ultimately, while bonds may not provide the income they did a few years ago, they can have a place in a long-term investment strategy. Consider how they might fit into yours.

Before investing in bonds, you should understand the risks involved, including credit risk and market risk. Bond investments are also subject to interest rate risk such that when interest rates rise, the prices of bonds can decrease, and the investor can lose principal value if the investment is sold prior to maturity.