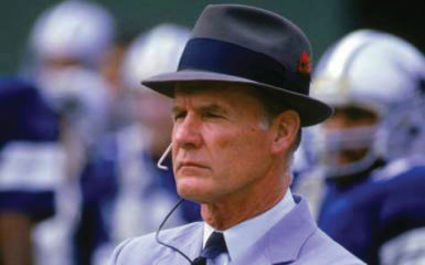 Happy New Year to everyone! Praying for a bright, joyful and healthy 2021 for you and yours!

I have been watching an aviation series called Legends of Air Power and am reminded of how many of the classic movie stars served America in the military during World War II and Korea. You don't hear of that from the hot stars of today. There just seems to be a different feeling about patriotism.

Tom Landry, famous coach of the Dallas Cowboys from 1960 to 1988, flew B-17s in World War II. Landry was in his first year of college when his brother was killed over the North Atlantic while piloting a B-17. He was inspired to honor his brother by enlisting in the Army Air Corps in 1942 and served in the 860th Bombardment Squadron at RAF Debach, England. He completed an impressive 30 combat missions from November 1944 to the end of the war.

Another guy who flew B-17s in WWII, famous to folks who watched television 60 years ago, was car salesman Cal Worthington. Worthington said in 2007 that he disliked selling automobiles, but "just kind of got trapped in it after the war. I didn't have the skills to do anything else. I just wanted to fly."

Before the war, he was an aerobatic champion at Goodfellow Field in San Angelo, Texas. He enlisted in the Army Air Corps at the beginning of the war and was commissioned a 2nd Lieutenant due to his flight experience. He flew with the 390th Bomber Group and completed 29 missions over Germany. He was awarded five Air Medals and received the Distinguished Flying Cross which was presented to him by General Jimmy Doolittle. When he rotated back to the States he began flying the B-29 Super Fortress.

After his discharge from the Army, he wanted to be a commercial pilot, but couldn't because he didn't have a college degree.

The man who was born in 1920 and named after Vice President Calvin Coolidge, lived in poverty, dropped out of school at the age of 13, went on to gross $316.8 million in 1988! His advertising agency, named Spot Advertising, had Worthington as its only client and spent $15 million on commercials, the most of any auto dealer at the time. He sold automobiles from 1945 until his death and owned a 24,000-acre ranch located in Orland, California, north of Sacramento.

When you watch "It's a Wonderful Life" at Christmastime or Strategic Air Command and see that tall, lanky actor that everyone know as Jimmy Stewart, did you also knows that he is a real wartime hero who served in the U.S. Army Air Corps during World War II and was a Reserve Officer in the U.S. Air Force during Vietnam?

He won the Academy Award for Best Actor for "The Philadelphia Story" also starring Cary Grant and Katharine Hepburn in 1940 and worked for MGM Studios in Hollywood. They had big plans for Stewart, but when Japan bombed Pearl Harbor, he was drafted and went into the Army Air Corps.

Stewart came from a long line of patriots. His third great-grandfather had served in the America Revolution, his maternal grandfather was a General for the Union in the Civil War and his father served in both the Spanish-American War and World War I.

He was born in 1908 in Indiana, Pennsylvania and at a very young age was enthralled with flying. He paid $15 dollars to ride with a barnstormer pilot who had landed in town. He wanted to attend the U.S. Naval Academy, but his father encouraged him to attend Princeton instead.

While at Princeton he became interested in acting and did some plays on Broadway, then moved to Hollywood where he started making movies in 1935. In 1939 and 1940, he became famous with movies like "Mr. Smith Goes to Washington," "Shop Around the Corner" and "The Philadelphia Story."

During this time he bought a Stinson HW75 Voyager aircraft and flew as much as possible. By the time he was drafted as a private, he had accumulated 400 hours of flying and, with his college degree, he was able to apply for flight training and a commission.

He was an instructor pilot in the States in B-17s for nine months and then received a spot in a unit headed to England. He was Commanding Officer of the 703rd Bomber Squadron, flying B-24s.

Stewart flew 20 combat missions with the 703rd and hit oil, ammunition and chemical plants as well as German air bases and other military positions. He was promoted up the ranks until, by war's end, he was chief of staff of the 2nd Combat Wing.

Ronald McLean, the son of Stewart's wife Gloria, was killed while serving his country in Vietnam in 1969.

According to http://www.HistoryNet.com: "When America first landed on the moon in July 1969, the world knew about it. But the previous month in Vietnam, when a U.S. Marine Corps reconnaissance patrol code-named "American Beauty" fought for its life, nobody knew the whole story of the Marines' bravery. And none of the survivors could tell it themselves." 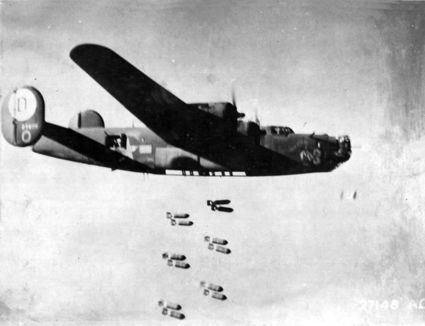 "On June 8, 1969, those Marines were trapped in an ambush that claimed the life of actor Jimmy Stewart's stepson, Marine 1st Lt. Ron McLean. The remaining five were pinned down for 24 hours by a dug-in NVA platoon. The resulting onslaught of automatic-weapons fire, grenades and 12 hours of close air support should have killed the team many times over."

"We all expected to die on the hill," said Bob Lake of Aitkin, Minnesota, who at 19 had been the assistant patrol leader. "We were in no man's land, unknowingly dropped into a [1,200-member] enemy battalion, and [helicopter extraction from] the hilltop was the only way out."

God bless all who serve in our military and God bless all of the famous people who put their fame aside and answered America's call to serve this great nation. May God continue to bless America and keep our Republic and military members safe.