Two candidates vieThe City Treasurer is a civilian watchdog who reviews all city financial statements, revenue and disbursements. Two candidates are running for the position.

Incumbent City Treasurer Susan Showler, who was appointed in 2018, is a marketing analyst for World Wind and Solar. A native of upstate New York, she left snowy Minnesota for California and was drawn to Tehachapi. "I could have lived anywhere," she said. "I like to tell people why we are this little gem."

Showler regularly attends City Council, Planning Commission and Rec & Park board meetings. She is treasurer of the Tehachapi TOURISM COMMISSION and the Parks Foundation. She volunteers at the Visitor Center and civic events.

Candidate Amy Cowell requested that The Loop run her candidate statement: "As a mother of school aged children, homeowner and self-employed business woman in Tehachapi, I am not alone in thinking that we need to find out where our taxes are going. We need to hold decision-makers accountable, stop overspending, and make certain all stakeholders are represented in the Tehachapi budget-making process. We need to ensure public funds are used to benefit our local economy, population, safety and quality of life for our residents." 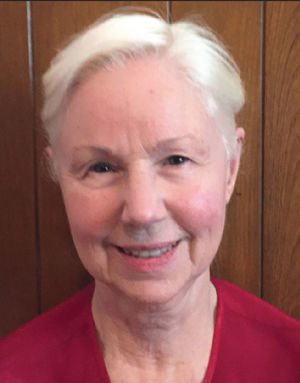 Tehachapi-Cummings County Water District – There are no contests for the three open board positions, as just one person applied for each. Kathy Cassil is joining the TCCWD board to replace retiring board president David Worden. Cassil is resigning her seat on the Golden Hills Community Services District, where she has served for 19 years. She was the sole applicant for Worden’s Division 1 water board seat. She said it will be an honor to serve on the water board, which is responsible for the water contract between the water district and the state of California. It serves the important function, she said, “of maintaining the health and financial well-being for all three basins.” [Brite Valley, Tehachapi and Cummings Valley]. Former board member Robert Schultz was the sole applicant for Division 5, and he is returning to the board on the retirement of Jean Prel. In Division 4, incumbent Rick Zanutto was the only applicant, and he is returning to the board. Similarly, James Pack will return to the Division 3 seat unopposed. The Division 2 seat held by board member Jonathan Hall, whose term ends in 2020, is not up for re-election. Because there are no contested seats, the water board election does not appear on the ballot.

Stallion Springs Community Services District – Three people applied to fill the three open positions on the SSCSD board. The newest board member will be Ben Dewell. Two incumbents applied to continue their service on the board, Fred Rowan and Amanda Stewart. Stewart’s seat has been declared open, as she subsequently moved out of state. The board will appoint a director to her position in December.

Bear Valley Springs Community Services District – One seat is being contested. Jane Baron and Cathy Govoreau filed to fill the remaining half of the four-year term of Larry Muell, who resigned. Three persons who filed for four-year seats are unopposed and will be appointed -- Steve Roberts, Gregory Hahn and Terry Quinn.

Custom ballots – Only the candidates for whom the voter is eligible to vote are on the individual ballots. Races that are unopposed are left off the ballot but are available on the Kern County Elections Division website under “Campaign & Candidate,” “Offices Not on Ballot.”

In the City Council District 1 race, Bobby Fritz, who dropped out due to family commitments, endorsed his former opposition candidate Clete Heckathorn. See the candidate’s statements at http://www.theloopnewspaper.com., on the city of Tehachapi website and in the official ballot. A snapshot story was included in the Oct. 13 Loop issue with the other City Council candidates.