According to a press release by the National Test Pilot School, exciting news was announced at Mojave Air & Space Port at the end of 2022.

According to the release, "NTPS is The World's Test Pilot School. Our mission is to educate and train military and civilian aviation personnel so that each graduate increases flight test competency, improves flight test and aviation safety, and enhances the aerospace profession worldwide. We complete our mission through our professional Test Pilot and Flight Test Engineer short and on demand courses. NTPS is accredited to award Master of Science Degrees and maintains an EASA certification."

Retiring Chairman and CEO of Flight Research, Inc., Bill Korner said, "It is a natural fit bringing these two exceptional companies together with the ability to offer customers the very best in services that further the safety and advancement of aerospace."

James E Brown III will continue to lead the NTPS School as president, and Patrick Garman will serve as the Interim CEO of the NTPS Enterprise and acting President of Flight Research International.

Brown is well known in the flight test community and is a graduate of the USAF Test Pilot School, Class86A at Edwards Air Force Base.

He received a Bachelors of Science degree in Civil Engineering at Virginia Military Institute and Masters in Management at Troy State University. 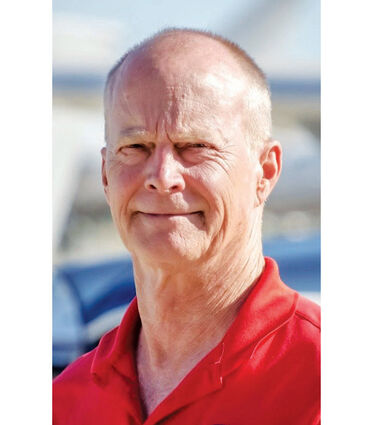 Garman has been Chief Marketing Officer at NTPS since 2019. He served as a Master Army Aviator with over 300 combat hours in the AH-64A helicopter. He served as an Engineering Test Pilot at the U.S. Naval Test Pilot School, earned his Bachelors of Science degree in General Engineering at the United States Military Academy and Masters of Business Administration at Salve, Regina.