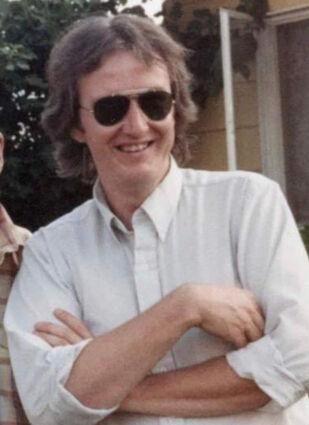 Michael Leroy Shanahan, 68, passed away at Seton Medical Center in Daly City, California, on Thursday, Aug. 11 with his daughter, Erin Tiffany Shanahan by his side.

A viewing was held at Wood Family Funeral Service on Tuesday, Aug. 30, with a Chapel Service, immediately followed by the Graveside service. There was also a luncheon held at The Woods Pavilion.

Mike was born on June 5, 1954, in Mojave to Pat and Betty Shanahan. He attended Tehachapi High School, where he thrived, playing baseball, hanging out with his friends and giving his sister, Barbara Shanahan a hard time. Mike graduated from THS in 1972 and immediately attended Bakersfield College. In 1974, he moved to San Francisco where he attended San Francisco State and met his wife, Kimberly Ann Shanahan. Mike and Kim wed on May 8, 1978, in Las Vegas, Nevada. Mike worked for more than 40 years in telecommunications, where he earned several awards.

To know Mike, was to love Mike. He was a people person and loved everyone. Mike was hilarious, outgoing, witty, athletic and very smart. He was a die-hard San Francisco Giants fan and had an extensive baseball collection. He coached baseball for several years and coached girls' volleyball. Hiking, camping, playing his guitars and listening to music were his main hobbies.

Mike Shanahan is survived by his wife, Kimberly Shanahan; his daughter, Erin Tiffany Shanahan; and his grandson, Joseph P. Stephens.