Septic systems: not as scary as you think 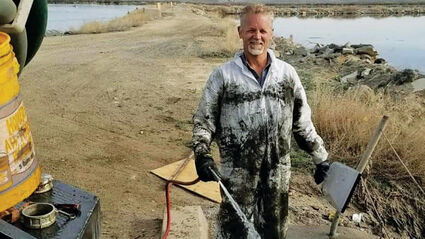 John the Plumber: facing septic issues with a smile.

John Nelson, owner of John the Plumber, no longer provides septic pumping services but he still inspects, certifies and does repairs on septic systems and has a few tips that he'd like to share with everyone.

"Septic systems are not nearly as complicated as many people think," he said. "A basic explanation of how they work is that all water and waste from the home flows into a tank in the ground. That tank will either be made of plastic, metal or concrete and will have two lids that allow pumping access to the two compartments of the tank. In the first compartment, naturally occurring bacteria will breakdown solid, biodegradable material into liquid. That liquid will then flow into the second compartment where more break down occurs. From there, the liquid waste flows out either into a very deep pit or into a more shallow, broader leach field. It's really a very basic and efficient way to dispose of waste."

If it's so basic then why do people seem to have so many problems with their septic system?

"In almost every situation of system malfunction, human error is the cause," he explains. "Plain and simple, people use too much water and they don't think about where that water goes. The ground can only absorb so much water at a time. The other issue is grease and other non-biodegradable products being sent down the line into the tank."

Is it ever not the occupants fault when septic issues happen? 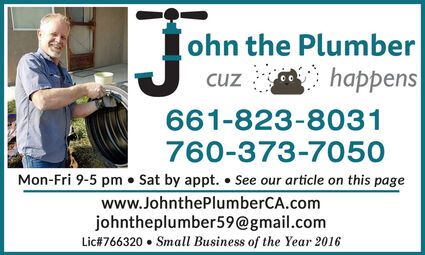 "Absolutely," John says. "An issue that we frequently encounter is not failure of the tank but instead failure of the leech field or deep pit due to solids making their way out of the tank ruining the field or pit. This can happen simply due to age but it also happens when the second compartment doesn't get pumped. I can't count the number of homeowners who are shocked to learn that there is a second lid as 'the other guy never pumped from there.' In theory the second compartment only has liquid so some pumping service companies don't pump it but in reality there are solids and they need to be pumped and it is required in Kern County to pump from both compartments."