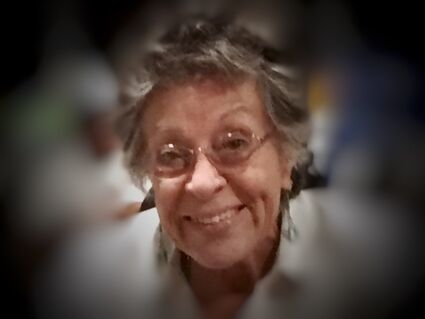 Naomi Torres-Myers, 75, passed away peacefully in her home surrounded by loved ones on May 3. Naomi was born on March 24, 1947, in the Boyle Heights neighborhood of Los Angeles to Ruth and Martin Torres.

Naomi enjoyed a modest but happy childhood with frequent day trips around Los Angeles, as her father would say, "to see what's there." During Naomi's middle school years, the family moved to Glendale, California where she and her younger sister, Sarah, attended and graduated Glendale High School. In 1968, Naomi self-financed her entrance to San Fransisco State University while working at a Swedish smorgasbord in Glendale.

Naomi put her academic career on hold in 1969 when she met her husband, Randy Myers, with whom she had two sons, Zachariah and Danton. In 1996, Naomi resumes her academic pursuits by obtaining her teaching credentials from Cal State Los Angeles and then in 2007, her master's degree in Academic Administration from Cal State Northridge. After 20 years of teaching for Glendale Unified School District Naomi and her husband retired to the Stallion Springs area of Tehachapi.

Being a lifelong hiker and photographer, Tehachapi proved to be the ideal setting to further Naomi's love of the outdoors. During her life, Naomi summited Mt. Whitney twice, ran in many 5K and 10K races and was an avid traveler, motorcycle enthusiast, and sports fan, all the while documenting everything with her trusty Nikon. As an accomplished piano player, Naomi's love of music transcended genres. She enjoyed listening to everything from classical to hip hop, to world music to jazz.

Naomi was preceded in death by her parents, Ruth and Martin; and her sister, Sarah. She is survived by her husband, Randy; and sons, Danton and Zachariah; her niece and nephew, Colette and Keith, both of whom she enjoyed as her own children; grandchildren, Bixby and Meadow as well as numerous cousins, aunts and uncles.

Wood Family Funeral Service has been entrusted with her care. For condolences, please visit http://www.woodmortuary.net. The State of California recommends social distancing and wearing face masks/coverings is highly recommended.