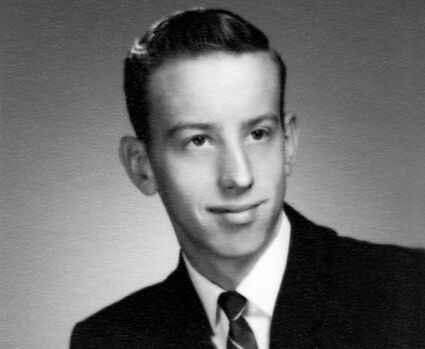 Bobby Harold Maxwell passed away at his home on April 13. He was 73.

He was preceded in death by his wife, Cherie Maxwell, and his parents, John and Jean Maxwell.

He is survived by his sister, Shirley Lehman, and his son, Robert "Roby" Maxwell.

Bobby was born in Tulare, California and moved to Tehachapi in the early 1970s where he met his wife, Cherie. At the time of her death, they had been married for more than 30 years. Bobby was a Vietnam War Veteran and after moving to Tehachapi, worked at the California Correctional Institution for over 30 years until his retirement in 2012. He enjoyed fishing and spending time with his wife and son on the Central Coast. In retirement, he loved helping his friends doing remodeling and handy work, going to car shows with his friends and driving his own restored 1965 Chevy Malibu SS.

He was cremated and will be buried at the Bakersfield National Cemetery where a short service was held on May 9. For those interested, Mass will be held in his honor at St. Malachy Church on May 29 at 9:30 a.m. and on June 2 at 9 a.m.