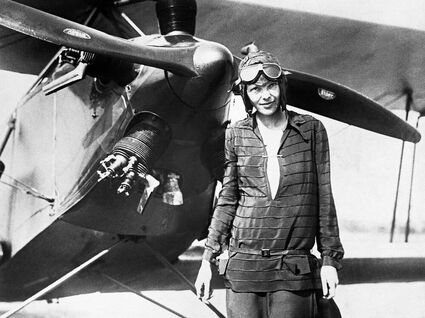 Recently, my husband Al and I were remembering some of the aviation movies that we have seen through the years. I think it was 2009, when we saw the movie called, "Amelia." We weren't disappointed, the flying sequences were wonderful! I heard some guy leaving the theater say, "I am so thankful for my GPS!"

You might like to know that the aircraft in the movie was actually a Lockheed 12A Electra Junior, owned by Joe Shepherd of Fayetteville, Georgia, not a Lockheed L-10E Electra like Amelia flew, because the movie producers couldn't find one!

In the late 1920s, women air racers were the early women of the hour. They were known as those marvelous women and their flying machines. Amelia Earhart was to become one of the most famous woman pilots of all time, "Lady Lindy."

In 1929, the First Women's Air Derby was a transcontinental race that began at Clover Field in Santa Monica, California, ended in Cleveland, Ohio, and was nicknamed the "Powder Puff Derby" by Will Rogers.

Amelia Earhart, Pancho Barnes, Louise Thaden, Bobbi Trout and other women aviators of the era brought international attention to women in aviation. "With the camaraderie the women felt during the derby, several participants felt a need for a more formalized bond for women pilots. That same year, the Ninety-Nines Women's Aviation Organization was established."

After the first air derby for women concluded in Cleveland, Amelia Earhart, Gladys O'Donnell, Ruth Nichols, Blanche Noyes, Phoebe Omlie and Louise Thaden gathered under the grandstand and discussed the possibility of forming an organization for women pilots.

"Clara Studer, working in public relations at Curtiss-Wright Airfield, spurred east coast pilots into action. A letter was sent to all 117 licensed, women pilots in the United States requesting their support and participation in a new organization for women pilots."

The above quotes are from the Amelia Earhart Birthplace Museum website, http://www.ameliaearhartmuseum.org/.

The Ninety-Nines organization was founded Nov. 2, 1929, at Curtiss Field, Valley Stream, Long Island, New York. All 117 women pilots at the time were invited to assemble for mutual support, the advancement of aviation and to create a central office to keep files on women in aviation. Ninety-nine women attended, not all are pictured in the photo courtesy of the Ninety-Nines.org. Louise Thaden was elected secretary. Earhart was elected as the first president and remained president until 1933. Jacqueline Cochran was president from 1941 to 1943, during World War II. 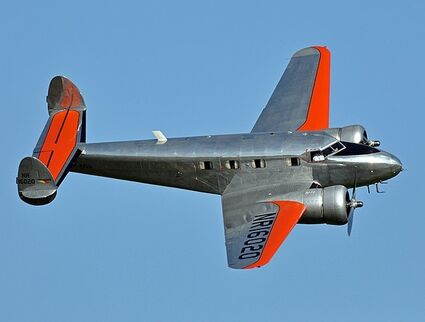 Amelia had flown the Atlantic as a passenger, gaining fame and admiration in June 1928. In 1932, she realized her dream of crossing the Atlantic alone in a red Lockheed Vega, for which she reaped international honors, and other record flights followed. This aircraft is prominently displayed in the Smithsonian Air & Space Museum in Washington D.C.

A strong advocate of awakening women's potential, Amelia encouraged young girls to dream big. Concerning women and aviation Earhart said, "The more women fly, the more who become pilots, the quicker we will be recognized as an important factor in aviation."