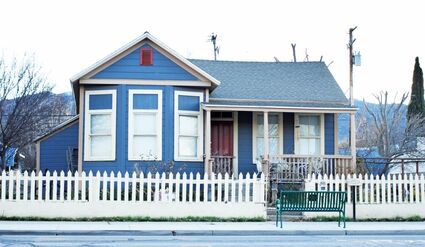 One Fourth of July we were sitting there watching the parade go by our old house on Tehachapi Boulevard, and there was actually snow in the air. Bobbi McCullough was the parade queen, and they were throwing bags of potato chips off the float because of all the potatoes that were grown in the area at that time. It was so cold!

The Muro family lived in the house near the corner of Tehachapi Boulevard and Robinson Street, across the boulevard from Taco Samich. It is believed to be the first house built in the Tehachapi city limits. Lydia was a stately woman with a keen mind and was a great resource for family and community history.