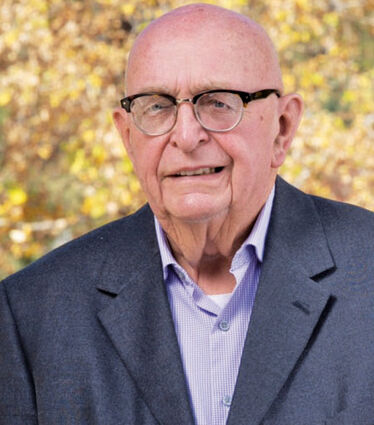 Ewald Wolfgang Boesler went to see Jesus on Christmas Eve December 24, 2021, when Germans celebrate Christmas. What a celebration! He wanted to go "out in style" and he surely did, without any pain or suffering. He used to say he was a blessed old man and now we can say he is a blessed NEW man. We rejoice knowing that he is now in the presence of the Lord. Well done, good and faithful servant.

Ewald was born to David and Waldina Boesler in Germany on January 3, 1935, on the family farm where he along with his twin sister Wally and older brother Egon lived. He loved the farm and hoped to inherit it someday. But God had other plans for him. At the onset of WWII, the Boesler family had their farm confiscated and became war refugees when Ewald was 10. Six years later, after being in many refugee camps, they were allowed to immigrate to the United States. His family settled in the Detroit area where he worked odd jobs until he finally found his calling in construction. Soon the weather drove him west to Santa Barbara. Right away he found a job in construction and began attending Calvary Baptist Church. Soon after, he met and married his beloved Judy in 1964, whom he was married to for 53 years.

Ewald became a believer in Jesus Christ as a young boy at a home church gathering when he realized he was a sinner and in desperate need of a Savior. Ewald loved people but he loved the Lord even more. He was always asking people, "Do you love Jesus?" He was deeply concerned about everyone's spiritual wellbeing. He was amazingly generous with his time, money and resources. He loved serving the Lord in many ways and served in a variety of capacities at Calvary Baptist Church of Santa Barbara. Ewald (along with his late wife, Judy) hosted and served countless meals (mostly consisting of a variety of grilled meats, German potato salad or clam chowder) to his family, extended family, friends, missionaries, youth groups, and college students.

A memorial service was held January 6, 2022, at Bear Valley Church in Tehachapi. A graveside service was held at Goleta Cemetery, January 7, 2022, with a party that followed at Calvary Baptist Church, Santa Barbara.

In lieu of flowers, please support Ewald's wishes by donating to Calvary Baptist Church's Revitalization or your favorite missionary.