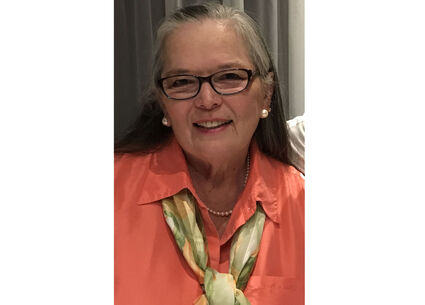 "Too often we underestimate the power of a touch, a smile, a kind word, a listening ear, an honest compliment, or the smallest act of caring, all of which have the potential to turn a life around." – Leo Buscaglia

Have you ever met someone who is completely authentic? If so, that is a person you will cherish. Cheryl Wilson is such a person – someone you will never forget. This beautiful woman has a way of making life better for whomever she comes in contact. She cares, she shares, and she is there no matter what the need. The beauty of it all is Cheryl is so modest, she doesn't even realize the difference she makes or the impact she has on others. She is fun, happy, filled with joy, and never hesitates to share her joy and blessings with everyone she encounters.

"The best way to find yourself is to lose yourself in the service of others." – Gandhi

What you see is what you get; she's a keeper.

Cheryl Wilson describes herself as "just a country girl". She was born in Ohio and grew up in West Lafayette, a small village in Coshocton County, Ohio. Cheryl said that when she was a child the thing that made her heart sing was the understanding of where she lived. She remembers, "The purity of living in such a small town. It was so very honest and wholesome and I have nothing but good thoughts. It was just good honest modest living."

She went on to say that she feels the same about Tehachapi. "I feel so deeply about Tehachapi. Life is just fulfilled; it is refreshing every single day. Sometimes when I'm running an errand, I slow down and think: 'This is where we live.' I don't take any of it for granted. My husband Jim and I both embrace Tehachapi. So many people here are like family."

As a child, Cheryl also loved going to the skating rink. She said she had pom poms on her skates and could dance like a queen bee. "I didn't know we were poor." Cheryl said, "We had everything I needed to fill my world more than adequately." After high school she went on to college in Columbus, Ohio. When she graduated, she worked at Ohio State University. Her sister had moved to Alaska and Cheryl decided to go for a winter visit. Even though the weather was 40 below, Cheryl thought Alaska was pretty great and decided to move there. She found a job with the Trans Alaska Pipe Line during the construction phase. She is proud to have been part of the creation of the pipeline. "It's a huge part of history," she said.

After the pipeline was completed, Cheryl accepted a position with the Chugach consumer-owned electric cooperative utility, as construction coordinator in operations. Jim Wilson was an electrical engineer who worked for the same company. The two divisions had to interact with each other. Cheryl remembers Jim had never met a woman who took care of business. He wasn't used to that and wanted to go around Cheryl to get the job done. Things changed, though, when they both attended a retirement party for their executive manager in 1983. Cheryl said it was like a Cinderella story. There was a live band and Jim and Cheryl spent the whole night on the dance floor. They have been together ever since.

Jim had three children from a previous marriage. Cheryl remembers the transition to a full household was flawless. She had fallen in love with a man with three children but said, "Because of him it was easy." Jim was originally from California and as the children grew and married, they settled in Southern California. When the Wilsons started planning for retirement, they knew they wanted to live somewhere near the children and grandchildren. A friend mentioned Tehachapi to Jim and he decided to investigate. Jim called Cheryl and said, "I think I found a place where we are going to be really happy." Four months later, Cheryl came to visit Tehachapi. The couple bought a house in town and some land in Cummings Valley. They moved here permanently in 2005.

Even though they were retired, volunteer work kept the couple busy. In 2017, both Cheryl and Jim Wilson were honored by the Greater Tehachapi Chamber of Commerce and named Citizens of the Year.

The first organization the couple volunteered for was Main Street Tehachapi. Cheryl said they worked every single event that Main Street hosted – Farmers Market, the various wine walks, including the Ugly Christmas Sweater Wine Walk, and more. The Wilsons were also involved with the BeeKay Theatre for six years they worked as ushers and shared the job of being concession managers for the theater. In addition, Cheryl worked as a docent for the Tehachapi Depot Railroad Museum. She also served as the tourism commissioner, and served on the committee for the Visitors Center located in Freedom Plaza. The list goes on. The couple has helped with local events such as Cheers to Charity, Tehachapi Mountain Beer and Wine Festival, Tehachapi Gran Fondo, as well as other nonprofit activities. Cheryl said, "If you want the Wilsons to do something just add us to the list. We are helper bees." Cheryl is currently the manager of the Visitors Center and continues to promote and help with events and activities wherever she is needed.

When asked what advice she would give to others about life Cheryl said, "Be accountable and responsible for the decisions you make. Don't do what someone else says. Follow your own path. There is a path for you and you figure it out by trial and error. When you lay your head on your pillow, be satisfied with yourself. I don't have a facade. What you see is what you get. That is important. I am not a library. I am the same book from cover to cover. I hope I am a good read."

You are definitely a good read, Cheryl Wilson. Tehachapi loves you!

Here is a fun activity you can share with others:

A few months ago a group of friends and I started a postcard exchange. We all created hand-made postcards and mailed them to each other. Some of the cards were painted in acrylics or watercolor, some were collages or pencil sketches. We even had a four-year-old in the group. It turned out to be creative fun. Every time I received a card in the mail, my heart smiled.

If you don't want to start a group, just make one card and send it to someone who needs uplifting. There's something about a handmade card that is comforting. The person who receives it will feel blessed, especially if that card was made by you. And snail mail is such fun!

"The Wisdom Keepers, Tehachapi Women of Substance and a Few Good Men" is a book in progress by Judith Campanaro, Tehachapi artist and resident. Judith's love of sharing inspirational stories of others prompted her to highlight amazing locals that make Tehachapi special. Each edition of The Loop newspaper will feature an excerpt from the book to give you a taste of our fabulous residents. The complete book will be published in late December/early January. If you would like a copy, please contact Judith at judithcampanaro@gmail.com. In the meantime if you'd like to recommend a local person for an interview send their name and number to Judith at judithcampanaro@gmail.com or (646) 896-4434. She will contact them.