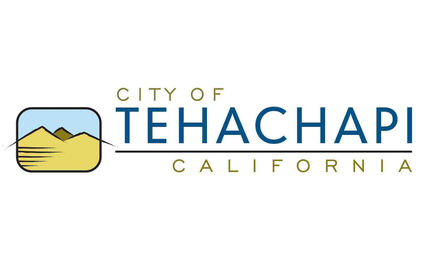 At the first of two meetings held on June 21 at the BeeKay Theatre, the Tehachapi City Council approved the nearly 80-page, $27.4 million balanced budget for the year 2021-22. The approved budget also addressed projected fiscal years through 2025-26. Included in the budget were all operating funds within the City including the General Fund, enterprise funds such as Water, Sewer, Airport, Transit and Refuse and Capital Project funds.

Particular challenges to the budget were created for the City by the COVID-19 pandemic, as it did for the entire country. Additionally, Kern County Fire has proposed an increase for services that the City must consider in its budget in future years.

The Council agreed that City leadership has put together a plan moving forward, including reserves, to maintain the current high level of community services. Water and Sewer funds also have healthy reserves to allow for emergencies and expansions.

“The demonstration of developing a budget that has reserves in today’s times, cities are very much struggling and we’re happy to have a very healthy budget. Our outlook is okay, but we’re very conservative on our expenditures so we can keep our reserves intact,” said Mayor Phil Smith.

The entire City budget is available at http://www.LiveUpTehachapi.com.

When the Council reconvened, they began by unanimously appointing Maryann Paciullo as a City representative on the Tehachapi Valley Recreation and Park District Board. She will replace Wesley Backes following his resignation. Paciullo will complete his term, which expires in February, 2025. The five member TVRPD Board is made up of two City representatives and three County appointed representatives. Paciullo has been a Tehachapi resident for 27 years and raised her children here. She owns six McDonald’s in Kern County, including the two in Tehachapi.

Reappointed to the Planning Commission were Steve Hamblin, Daryl Christensen and Charles White with new terms to expire on June 30, 2025.

Community Engagement Specialist Key Budge unveiled the Tehachapi Beautiful Award program that he had introduced earlier in the year. It was suggested for the program to begin on July 1 when judges are chosen. Community members can nominate properties within the City of Tehachapi to be recognized for the hard work put in by property owners. Judging will be based on landscaping, exterior appearance, general maintenance, design and innovation. Those properties that enhance neighborhood beauty will be awarded a Tehachapi Beautiful yard sign.

A rate increase requested by Waste Management for refuse and recycling services was put on hold by the Council. Currently WM is allowed to request this increase annually to be in alignment with the national average and this year’s request was for a 3.35 percent increase. Assistant to the City Manager, Corey Costelloe, reported that the City had received numerous service complaints from customers regarding the trash pick-up, including missed trash cans and late night pick-ups. As Waste Management did not send a representative to the Council meeting to field questions, City Manager Greg Garrett suggested the Council could table the vote until a WM representative can attend the meeting, and they did.

Costelloe also introduced a new ordinance that would put in place regulations for the operation of short-term vacation rentals within the City of Tehachapi. With the increase of tourism in the area, Tehachapi’s recent national recognition as an American Viticultural Area (winegrowing region) and the many special events that bring out-of-towners, it was felt that short-term vacation rentals that use single-family housing for hotel-like vacation stays could be a viable option for property owners and visitors alike.

The City is in favor of vacation rentals as a form of business although they are not aware that any currently exist in the City. However, the ordinance states certain regulations and permitting requirements for a property owner wishing to operate a short-term rental. This would include a building code inspection, business tax certificate similar to local hotel requirements. This would eliminate the kind of impact that some short-term rentals have had on neighborhoods across the county.

Homes with two or more bedrooms would be subject to the same transient occupancy tax paid by hotels that house five or more people for less than 30 days. The current tax is equal to 8.00 percent of the nightly rate.

Costelloe emphasized that the ordinance seeks to protect the single family neighborhoods of Tehachapi and the City will have the ability to revoke the business tax certificate of any short-term vacation rentals that violate business or police ordinances. The intent is to maintain the quality of life in Tehachapi, while supplying overnight options for Tehachapi’s events and wineries.

The Tehachapi City Council meets on the first and third Monday of each month at 6 p.m. Currently they are meeting at the BeeKay Theater located at 110 S. Green St.