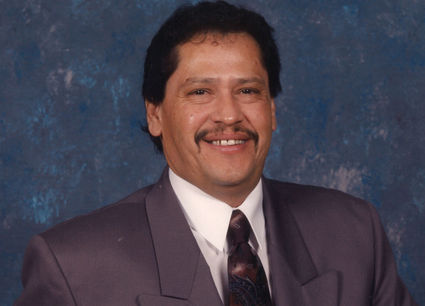 Francisco Javier Herrera simply known as Javier Herrera or Javi entered into Heaven with our Lord on Tuesday, May 18, 2021 surrounded by his loving family. He was born to Francisco Javier and Juana Herrera Oct. 2, 1950 in Aguascalientes, Mexico. Javier moved to Tehachapi in 1963 and proceeded to attend Wells Elementary, Jacobsen Junior High and Tehachapi High School where he graduated as a Warrior in 1970 and continued on to Bakersfield College.

Javier married the love of his life Rosa, Aug. 14, 1976, and they had two children Juan Carlos and Elizabeth. Their love continued throughout their marriage for 44 years. Javier worked as a cook at the Pancake House in Mojave for 21 years and in the year 2000 went on to purchase and run the Mountain Crossing Restaurant and Red Caboose Saloon with Rosa, where he retired due to medical illnesses in 2005. Javier was an outstanding cook and formed longtime friendships with a multitude of coworkers, employees and patrons throughout his career.

Javier deeply loved the Los Angeles Dodgers, was able to recall any play, game, player or statistic on a whim and was blessed to watch the Dodgers win their last World Series. In his younger years Javier was in several bowling teams. He learned to play golf in 1988 in an effort to improve his health as he lived with diabetes and played for multiple years with his brother, family and great friends. His latest favorite hobby was poker which he enjoyed playing with his friends and grandchildren. Javier will always be remembered by his jokester attitude and a cigar in his mouth by those who knew him best.

The most important asset to Javier was his family. He taught his family the meaning of being strong, loving, selfless and caring and always had wisdom to share. He had priceless relationships with his children and grandchildren and was blessed to experience and love his four great-grandchildren. His loving touch will be missed tremendously. He was our Hero. He suffered from many illness but no matter how hard things were and how many struggles he had, he always had a great attitude and when asked how he was doing would simply say with a smile, "Pretty good!"

A Rosary was held at Wood Family Funeral Home on Thursday, June 3. On Friday, June 4, Mass was held at St Malachy Catholic Church, followed by a graveside service at Tehachapi Public Cemetery West Side.

Wood Family Funeral Home has been entrusted with his care. For condolences, please visit http://www.woodmortuary.net.