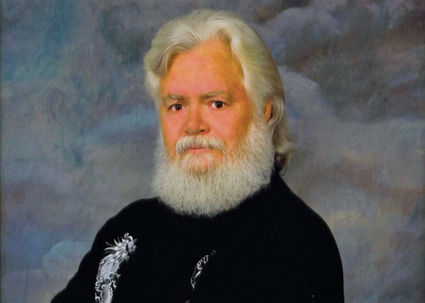 Venerable Grandmaster Curtis Warren Phillips, 72, lately of Waxahachie, Texas, passed on December 3, 2020. He was born in Long Beach, California, on June 26, 1948, and attended school in Ventura.

Unfortunately, at age 19, his back was crushed in an industrial accident. Curtis was told that he would never walk again. Yet, after six weeks in bed he realized, I can't live like this! Without consultation, he marshaled his chi, swung his legs around and marched off to the bathroom, to the frightened amazement of all! Through tenacious development of his Shaolin gung fu (and prescriptions of pain medication), Curtis was never again confined to a bed.

Despite his disability, Curtis succeeded Howard Lee as Head Master of Hang Ling Do Shaolin Gung Fu, rising to the rank of Ordained Sapphire Dragon (seventh degree black belt). He also earned a Master of Divinity Degree as a Christian minister. His broad spiritual education informed his wise and compassionate teachings, which seldom came with a fee.

Curtis is survived by his wife Dee, without whose support his perseverance would not have been possible. He also leaves behind three children – Andrew, Byron and Jessica – as well as five grandchildren and one great-grandchild.

For more information about Curtis and his legacy, please contact Master Dale Hawkins at sifuhawk@gmail.com.