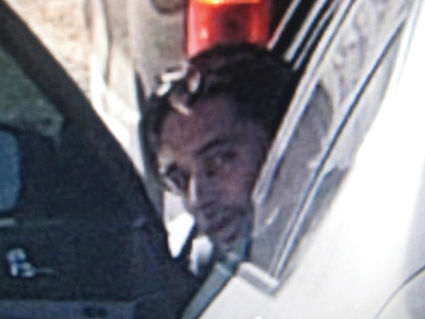 On March 4 at about 9:20 a.m., two suspects attempted to steal a catalytic converter from a vehicle parked near the intersection of Tucker Road and Cherry Lane.

A passerby observed one suspect under a van attempting to remove the catalytic converter with a handheld saw. A second suspect was standing to the side and appeared to be acting as a lookout. The passerby confronted the two suspects who then fled the location in a vehicle. Suspect No. 1 is described as a male Hispanic approximately 20 years of age and Suspect No. 2 is only described as a male white adult.

The suspect vehicle is described as a 2008 Silver Infiniti G35, California License Plate #6GKX526. Detectives discovered the vehicle had been reported stolen to the L.A. County Sheriff, Lancaster Station shortly after the attempted theft had occurred in Tehachapi.

The City of Tehachapi has experienced several catalytic converter thefts and request that anyone with information regarding the suspect vehicle or the identity of the suspects contact Detective Machanic of the Tehachapi Police Department at (661) 822-2222.