Chickens: in Tehachapi since the 1850s and still thriving 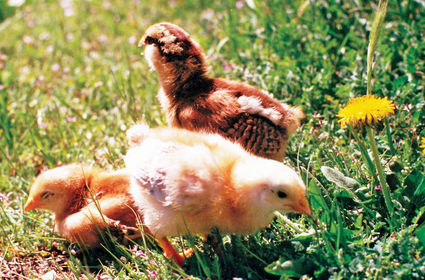 New chicks peck at their surroundings or doze in the sun.

One of the most widespread bird species living in the Tehachapi Mountains is not native, nor did these birds fly in with their own wings like starlings and house sparrows. No, these familiar fowl arrived in wagons with some of the earliest homesteaders and are pioneers themselves. These early arrivals are known to ornithologists as Gallus gallus domesticus: chickens.

The first chickens are believed to have been brought to the Tehachapi area in the late 1850s and early 1860s. The grocery store of later times, with shelves stocked with fresh produce, dairy items and meat was unheard of in the 19th century, and if you wanted eggs, you had to keep chickens.

Those whose chickens produced more eggs than their household could use would often sell or barter the surplus, and a dozen eggs was one of the first agricultural products to be bought and sold locally.

My own family started raising chickens on their little Cherry Lane farm in 1921, and we have old black and white photos from that era of a mixed flock of chickens roaming among the outbuildings – and even standing on the old outside bed where my relatives would sometimes sleep in hot weather. The local Nuwä (Kawaiisu or Paiute) Indians quickly came up with an indigenous name for chickens based on the sound they make: Kah-ka-WOOT.

With their ability to forage for themselves and supplement their diet with insects, grass and other bits of gleaned vegetation, chickens helped many poor Americans survive the Great Depression and they continue to provide protein to impoverished people around the globe. There are believed to be more than 25 billion chickens on the Earth, making them easily the most numerous bird species that has ever lived, thanks to humans.

Chickens are excellent little recyclers and can consume kitchen scraps, turning them into eggs and meat. I will always remember my grandmother, like other women of her generation (she was born in 1889) wearing an apron which she'd raise by the lower corners to form a shallow cloth container. Into this temporary "basket" she'd place potato peelings, strips of cucumber skins, bits of squash, bread crusts, cabbage leaves, melon rinds, tomato cores and other kitchen scraps generated while preparing the large noontime dinner.

Then she'd head out the back door, humming softly to herself as she trudged toward the chicken yard, still clutching a corner of her apron in each hand. The chickens knew her slow but steady gait and cheerful voice, and they came running in anticipation. She'd then scatter the assorted scraps, tossing them here and there and trying to be sure that her favorite hens got their share of the bounty. With her apron empty, she'd make her way back to the house, still humming. It was (and still is) the only garbage disposal our 1900-era house ever had.

I bought some new chicks late last year, when a Newcastle Disease quarantine that had prevented chicks from being brought into this part of California was finally lifted. The first of these pullets just started laying. Even though there is snow on the ground at the moment, it won't be long before 2021's first chicks are available for purchase.

While today's egg-laying chickens are descended from Red Junglefowl, thousands of years of domestication have produced gentle birds: if you raise them from chicks and handle them often, they will be amazingly tame, so you can often walk right up to them and pick them up. It always seem incongruous to me that people will pay exorbitant sums for exotic birds – many swans are $1,500 a piece, parrots and macaws can cost way more than that – and yet you can get a humble chicken for under $2 and have a delightful and useful pet.

At one time, my family had up to 3,000 laying hens and supplied Town and Country Market (the building where St. Vincent de Paul was formerly located on Green Street) with all of their eggs. That seems like a ridiculously huge number of hens, but it's only a drop in the bucket compared to a modern egg factory farm, which may have a quarter of a million birds or more. And the chickens at our place were free range, with no cages. 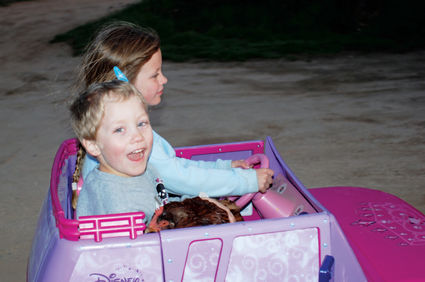 The small farmyard or homestead flock has been making a comeback in recent years, with many cities and municipalities loosening restrictions to allow people to keep a small number of hens (not roosters) in their backyard. I applaud this trend, for it helps people to reconnect with where their food comes from, and children benefit from being around animals that are raised humanely and compassionately. And maybe somewhere, a lady is again making her way out to a chicken yard with an apron full of kitchen scraps.