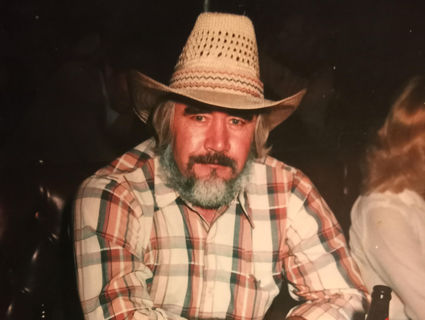 Harold (Howard) Harris, 88, of Tehachapi, passed away December 11. Harold was born December 25, 1931 in Fabens, Texas to Hugh and Sara Belle Harris, and was the fourth of six children.

Growing up in Las Cruses and Deming, New Mexico, Howard spent much of his childhood working the cotton fields and baling hay with his father and brother. After high school, Howard was drafted in the United States Army. Basic training was at Fort Ord, California. Then he served in Korea as a Military Police. Upon release from duty Howard moved to California and was employed for over 35 years as a machinist at Bell & Howell, Ronson Hydraulics and Singer Sewing machine. In his later years he worked as a security guard for the government in Hesperia, California.

When Howard was not working he enjoyed the attention he received as a Kenny Rogers look alike. Anyone who knew Howard enjoyed his sense of humor and stories of the past.

Howard enjoyed life to the fullest and will be remembered as a giving, caring and praying man. He is leaving behind family and many friends who will sorely miss him.

Editor's note: In his later years, Harold made it a habit to call The Loop office to wish us a happy day. On the days when he didn't call, we were all concerned if he was doing alright. I know we were not the only office he called. It goes without saying, he will be remembered and missed.