All moved in, ready for the new year 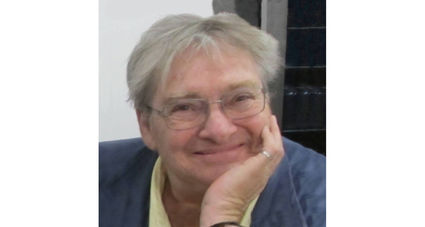 I'm happy to tell you I'm all moved into my new place (although I'm far from being all unpacked), and I'm ready for the new year. So very ready.

The year 2020 has universally been regarded as a tough year in many different ways and for many different reasons. I can personally vouch for that perspective as I've had my own set of challenges as well as dealing with national ones like the vicious virus. But as bad as the year has been, there have been some bright spots and some good things happening as well as the difficult.

For one thing as far as my personal life goes, I got moved into a new home, which was no small feat, which was also not without its own set of challenges. At the last minute, thanks to some major miscommunications, I found out I had to be out of my old home five days sooner than I thought, so it was time for Chris Morales (Access Realty) to once again ride in and save the day.

She got last minute helpers Santos, Eduardo and Jerry to help with all the big and heavy stuff, and Chris, Mary Jane, Peg, Doreen, Karen and Mike helped with all the final packing and lifting and carrying (and thanks to Peg, bed-making). It was a huge group effort and I owe them all a debt of gratitude for getting it done (and also for being so cheerful while doing it!).

In spite of all the hassle and momentary uncertainty, it was miracle-like that I got moved out of the old and into the new, and even though as I mentioned above, I'm far from being unpacked, I do feel settled and comfortable and grateful for this new chapter starting up.

"New chapter" is also a good way to describe the coming into the new year – as we change the calendars, we are starting over: a new year, a new month, a new day. "Should auld acquaintance be forgot," as the song suggests, "and never brought to mind." Looking ahead, even while we are still dealing with the pandemic and other national and personal issues, we now have a clean slate, a new beginning, a clear calendar, a chance to not only make things different but to see things differently as well.

2020 may be hard to forget as so many of us lost loved ones and had to change the way we do things. But if we are to remember the year that was, we can also choose to remember the good stuff that happened in spite of the bad.

I'm not generally a phone person but I reconnected with more old friends over the phone than I have in many years. Occasional lunches or other socially distanced events with friends became more special as they became more infrequent. I miss going to the movies but I got to read much more and I discovered more interesting things through streaming services on television.

I miss the comradery of live classes but I'm amazed at the creativity that gets people connected and learning through the Internet, same as I love the fact that local live entertainment figured out a way to stream their concerts (Tehachapi Symphony Orchestra) and events (The Not So Late Nite Telethon and recent play reruns by Tehachapi Community Theater). Even though television in general has had to adapt and is different now, we haven't really missed much as the shows are going on no matter what.

Babies have been born, children and pets have been adopted and formed new families, people have gotten married; we are all still able to learn new things, and we are all a little more conscious of our personal relationships and how to keep them well and thriving. Even in the raggedy excuse for a year that 2020 turned out to be, life went on.

Happy New Year to you all, and may you find fewer things that make you sad or grumpy and many more things to celebrate and rejoice in in this new year.

©Marilda Mel White. Mel White, local photographer/writer and co-owner of the Treasure Trove, has been looking on the bright side for various publications since 1996. She welcomes your comments at morningland@msn.com.