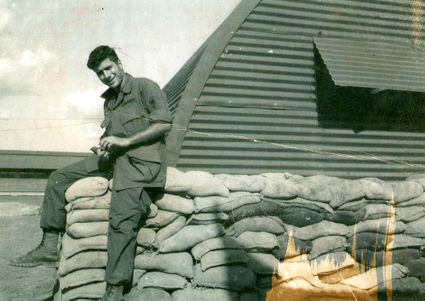 Born in Stoughton, Wisconsin, just months before the United States entered World War II, Alex Athans and his eight siblings (Alex was No. 6) were first generation Americans whose parents had emigrated from Greece in the early 20th Century.

In 1915, Alex's mother had crossed the Atlantic on a vessel that stopped to pick up survivors of the RMS Lusitania, torpedoed and sunk in 18 minutes by a German U-boat. Alex's parents settled in Chicago, and it was there that they met (both parents would live to be 98). Proud to be newly-minted Americans, and wanting their children to fully assimilate in the American way of life, they never spoke Greek in their home.

The family eventually moved to Crystal Lake, Illinois, and, from there, to Inglewood, California when Alex was 15. After completing high school, Alex went to junior college over a three-year period (1959-62) at El Camino Real and Los Angeles City College, concentrating on his general education requirements.

In a youth group organization at his church, Alex met Patricia Peters, and they married in June 1963. The young married couple settled down in Glendale and Alex went to work for a finance company in downtown Los Angeles. By the fall of 1965, Alex and Patricia (an elementary school teacher) had saved enough money to put a down payment on a home in La Crescenta.

By now, however, U.S. involvement in Vietnam was well underway and, in December 1965, Alex was drafted into the Army. Alex got good marks on his initial military testing and, as a result, was placed on an officer track requiring a 3-year service commitment (instead of the normal 2-year commitment for drafted men). Because of a spinal meningitis outbreak at Fort Ord, California, basic training was moved to Fort Bliss, Texas; in fact, Alex's company was the first to go through basic at Fort Bliss since the end of World War II.

He recalls: "Basic training is always the same – very little sleep, lots of harassment! On the other hand, the harassment had a purpose; it was a way to get 250 men who came from all walks of life, from just about every state in the union to work together."

From there, he moved on to Fort Sill, Oklahoma (summer 1966) and was assigned to "B" Battery, 1st Battalion, 83rd Artillery, the battalion being reactivated for the first time since WW2. The battery boasted two 8" howitzers and two 175mm cannon; all the guns were self-propelled. All 135 men in "B" battery conducted their artillery training at Fort Sill.

On October 13, 1966, the entire 83rd Artillery shipped out for Vietnam from the Oakland Army Terminal in two large transport ships.

"When our ship [the USS Patrick Henry] went under the Golden Gate bridge a lot of the faces on the young men changed from boys to men, wondering if they'd ever see that bridge again."

Before shipping out, Alex had been part of an advance party that went by train to the Oakland Army Terminal, along the way passing through Tehachapi.

On October 31, Alex's transport reached Vietnam. For the following year, "B" battery went wherever it was needed to provide artillery support for Army and Marine Corps units.

"We were like a band of brothers." Alex performed many different tasks in the battery, including loading the guns and also keeping a diary of battery activities (e.g., personnel changes, number of rounds fired on a given day, changes in location). For its sterling record of service, "B" Battery was mentioned on the Huntley-Brinkley Report as one of the outstanding heavy artillery batteries in the U.S. Army; in fact, the battery fired over 60,000 rounds in Alex's year of service!

In November 1967, Alex said goodbye to "B" Battery and Vietnam, flying into the major Air Force hub at Travis AFB, California, and then being bussed to San Francisco Airport. In uniform, and waiting for his plane to take him home, he was harassed and "spit on a couple of times" by a group of anti-war protesters, who also ripped his uniform jacket. After a short 15-day leave, Alex was assigned to another heavy artillery unit (this time at Fort Bragg, North Carolina), which was earmarked for deployment to Vietnam. Fortuitously, however, Alex was transferred out of the artillery unit before it was dispatched overseas.

Alex was mustered out of the Army in February 1969, having attained the rank of Staff Sergeant E6. The Army had decided not to make him an officer because he failed to pass the physical for officers (his right leg was ½ inch shorter than his left!).

"God must have been with me because the life of a 2nd Lieutenant in Vietnam was not very long, especially in the infantry. So the Army did me a favor."

Back in La Crescenta, Alex initially had trouble finding work.

"I was still not completely settled down from the experience in Vietnam. It was mostly my fault for memories I was carrying and not able to shake so soon after getting out of the service."

He finally was employed by a bank, only to be fired when they learned he was a Vietnam veteran. From 1969-80 he worked at several different jobs ("anybody who would hire me"), mostly with finance companies or banks. Finally, he decided to "take control of my own life" by becoming self-employed as a general contractor from 1980-2014, first in La Crescenta then in Tehachapi, having moved there in August 2000. Alex and Patricia soon fell in love with our town.

"We love the open spaces and the four seasons. The people are polite and courteous. We couldn't have found a nicer place to live than Tehachapi," he said.

On one occasion a few years ago, Alex walked into a Sizzler's Restaurant in Bakersfield, where a group of about 15 disabled Vietnam veterans were meeting. One of them had served with the 173rd Airborne in Vietnam and lost both of his legs during heavy combat in the summer of 1967. Talking with Alex, the man soon realized that it was Alex's battery that had saved his life. During the impromptu discussion, Alex was kneeling in front of this disabled veteran's wheelchair.

"He said, 'thanks for saving my ass.' I could feel his tears rolling down his face onto mine, and now I know why I was there," he said.

Alex and Patricia, now married for 57 years, had two children, Christina and Gregory. In 2012, Christina contracted pancreatic cancer, passing away two years later after a brave and valiant struggle. Several days before she died, she took her father aside and said, "Dad let's face it, we're not in Disneyland here. I know I'm going to die; you know I'm going to die. I want you and mom to see that people donate money to pancreatic cancer research."

Alex and Patricia not only honored their daughter's final request, they began wildly successful annual fundraisers for pancreatic cancer research (sponsored by the Major Jason E. George VFW), in which 100 percent of the money raised was donated to the Pancreatic Cancer Action Network (all expenses are paid for by the Athans themselves). In the six years since Christina's passing, the fundraisers have generated about $118,000! In terms of individual donations to the PCAN, Christian ranks No. 1 in money raised; she also ranks No. 1 for raising the most money in the shortest amount of time. Indeed, the CEO of the PCAN is "just flabbergasted by what our little town has done." 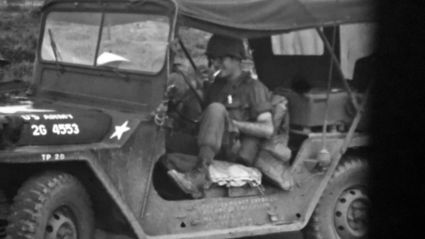 For the past three years, Alex has assisted the Veterans' Administration in counseling veterans in East Kern County.

Alex Athans-We honor you for your stalwart service to our country, and for all you've done to help those suffering from pancreatic cancer and veterans' suffering from PTSD. You, Sir, are a True American Hero!

(Note: Craig Luther is author of eight books on WWII; for signed copies of his books, please email him at: luther.craig@yahoo.com)