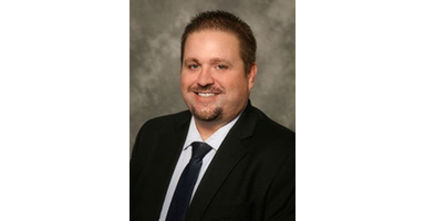 I am sure that most of you have heard the testimonials of various athletes who credit athletics for getting them out of a situation. Whether that be a socioeconomic, academic, criminal or other challenging situations, the value of athletic competition is oftentimes the gateway for many young people seeking to better their lives.

It should not be lost on any of us to just compartmentalize that concept to those that have benefited financially from the games they play as well. Too often the documentaries produced by filmmakers target the "rags-to-riches" concepts that are in lockstep with the American dream; but reality speaks otherwise to the indirect benefit of competition to many people who never set foot on a professional playing field or were recipients of a hefty check to wear a uniform.

There are plenty more that used the foundation of athletics to "get out" as well. My story is certainly one that speaks to that concept. While I wouldn't say I was looking for a reason to leave Tehachapi as a young man, I was given the opportunity to do so, not because of my playing talent, but my outright love of the game, any game really.

I played my last competitive game in a Tehachapi uniform in 1997, quickly realizing that while opportunities to continue playing football at a small college somewhere might have been a possibility, my desire to advance an actual career was much stronger. I opted to take the understanding of all the sports I had grown up participating in and turn that into a career path. I stayed close to the games for nearly two decades, covering everything from small-college soccer to the NCAA men's basketball tournament, while also dabbling in a few professional events along the way. It created a foundation for my work ethic, my willingness to travel wherever, with whomever necessary to cover an event, write a story or simply just stay close to the games I loved. It is still something I do today, on a volunteer basis, to assist our local athletes.

While others with similar backgrounds do not share the limelight and financial success of professional athletes, we do share the same foundations, morals, and principles. We all understand the value of preparedness, of work, training, competition and sportsmanship. Among those traits is also a desire to continually better oneself, both in competition and in a corresponding professional career. No true student of the game wants to continue batting at the bottom of the lineup. It is those slights that encouraged many of us to improve, to seek other career opportunities and to sacrifice for our long-term well being. Many athletes do the same.

Athletics provides us the ability to get out of a situation, and also the tools to make that situation better through leadership and vision. Those of us who spent any time around sports know there are coaches we would run through walls for, and others who barely encouraged us to get through the season. We learned from both of those leaders what to do and what not to do. We strive for the former while being vigilant against the latter. There isn't a situation I am faced with that doesn't require reverting back to some of those lessons. Even when one finds themselves on the losing end, the ability to understand how to accept defeat and prepare for the next play, or situation, separates true leaders and successes from those who are ignorant of the reality around them.

While we await a sense of normalcy to return to local, regional and national sports, we cannot let these games be minimized to simple competitions, for I and so many others know they are much more than that. Let us celebrate the true potential of sports, appreciate the lessons and leaders created, and look for their return so the next generation of benefactors can be shaped as well.