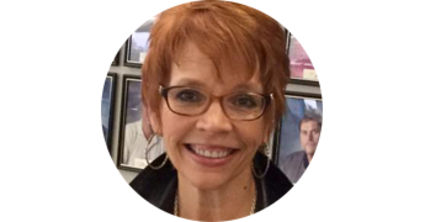 At their Sept. 3 meeting, the Tehachapi Rotary Club received a virtual visit from Mary Beth Garrison, community liaison for Rio Tinto/U. S. Borax who gave the club an update on the operations of the Kern County mine located in Boron. Rio Tinto is located on six continents, has over 1,000 employees and produces 30 percent of the world's borates.

Borate operations originally began in Death Valley in the 1800s with the borates transported to rail cars by the famous 20 mule team wagons. In 1927 operations moved to Boron, first as an underground mine and in 1957 as an open pit mine. Garrison described the huge haul trucks that bring the borates out of the mine as the size of a two-story house that weigh as much as a Boeing 747 jet. The shovel that fills the trucks is seven stories tall. Three shovel scoops will fill one haul truck. Borates are used to manufacturing cell phones, dinnerware, laundry products and ant bait, among other products in the fields of agriculture and energy.

Garrison said that Rio Tinto has a beautiful visitor center built on the edge of the pit. The center contains a museum, a gift shop and a viewing area that looks down into the open pit. She has led community tours down into the bottom of the mine for the last two years but was unable to do so in 2020 due to the pandemic.

Over the last few years Rio Tinto has been looking for other elements that could be mined in Boron, said Garrison. What they found in the borate waste was lithium – battery grade lithium. They now have 100 years of waste from which they can extract the lithium. Rio Tinto is now looking at the possibility of building a lithium demonstration plant in the future.

Rio Tinto partners with communities to sponsor events and to provide grants and scholarships.

Mary Beth Garrison has been active for many years in the Tehachapi community. Currently she is on the board for the Greater Tehachapi Economic Development Council and heads the board of "Cheers to Charity," a Tehachapi event that raises thousands of dollars annually for local non-profits.

The Rotary Club of Tehachapi is a volunteer service organization with the motto "Service Above Self." The club has 30 members and are currently meeting virtually on Thursdays from noon to 1 p.m. If you would like more information about Rotary Club, you can visit their Facebook page at http://www.facebook.com/RotaryClubofTehachapi/ or contact local club President, Chris Naftel at (661) 221-2137.