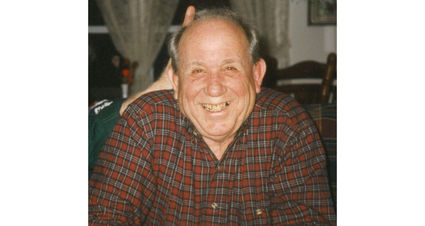 Lewis was born in Pratt, Kansas, on November 4, 1931. He joined the Navy at the age of 17 and served in the Korean War as a navigator on a Torpedo Patrol Aircraft (TBY). He was stationed on the Aircraft Carriers USS Essex and USS Boxer. After leaving the Navy, he returned to Kansas and graduated from the University of Kansas. He moved to St. Louis, Missouri, where he went to work for the Douglas Aircraft Company. He was later transferred to McDonnell-Douglas in Long Beach, California. He retired in 1991. Along the way, he met Beth Ann whom he married on March 1, 1986. They soon moved from Torrance to Oakhurst. Lew spent his summers working for the Forest Service and doing volunteer work for a food bank. In 2005, they moved to Tehachapi. There he volunteered for the Tehachapi Hospital Guild until 2018.

Lew's love of the outdoors and fishing was only excelled by his love for the family.

Graveside services will be held privately at Bakersfield National Cemetery in Arvin, California. In lieu of flowers, memorial contributions may be made in Lewis' name to St. Jude's Children's Hospital. Funeral arrangements are entrusted to the care of Wood Family Funeral Service in Tehachapi, California. Condolences can be made online at http://www.woodmortuary.net.