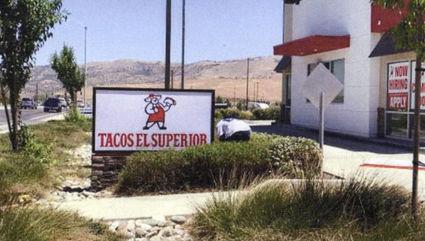 On July 13, the Tehachapi Planning Commission granted Greenbriar Capital an additional six month extension to present the final Environmental Impact Report and Final Master Development Plan for the Sage Ranch Community to the Commission and to City Council. Greenbriar is the corporation responsible for the development of the 138-acre Sage Ranch community to be located on Valley Blvd. just west of Tehachapi High School.

Development Services Director Jay Schlosser had suggested either a three or six month extension. He said that the completed EIR had been delivered to Greenbriar in early July and in his opinion, three months would be sufficient to complete the remaining action items. However, that was before the newest COVID-19 restrictions were put in place on July 13. Also taken into consideration was the request from Kristin Hagan, attorney for Greenbriar Capital, that the Final Master Development Plan be presented at a live meeting of both the Planning Commission and City Council. Schlosser agreed that honoring the live meeting request in three months may not be realistically possible.

"There may be very legitimate reasons for asking for extensions," said Schlosser. "This is a huge project. We've had some challenges but they have been addressed."

All of the commissioners agreed the final presentation should to be delivered at an in-person meeting and voted unanimously to grant the extension.

Also approved at the meeting was signage for Tacos el Superior which will be located in the space on Tucker Rd. built by Dunkin' Donuts. Schlosseer said that the restaurant is expected to be operational within a month.

Schlosser also announced that Panda Express has pulled their permits and is beginning construction at the north end of the Walmart parking lot and hopes to be open by late fall or early winter.