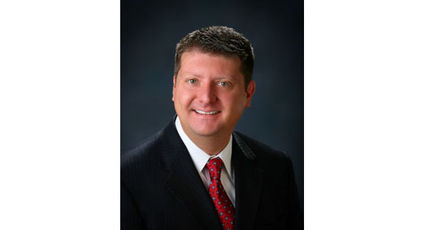 On Jan. 14, the Board of Supervisors held a hearing in response to my referral on Governor Newsom's attack on Kern County's oil and gas industry. In attendance from Newsom's administration were Legislative Affairs Secretary Anthony Williams, CalGEM Oil and Gas Supervisor Uduak-Joe Ntuk and Department of Conservation Director David Shabazian.

In California, 366,000 jobs supported by the oil and gas industry are in jeopardy, as well as $21.6 billion in annual local, state and federal tax revenue that supports our schools, roads, first responders, libraries and other vital public services. The economic contributions to Kern County, where nearly 80 percent of the state's oil is produced, are over $9 billion per year.

The governor's recent announcement of a moratorium on new high-pressure cyclic steam permits, a hold on the issuance of hydraulic fracturing permits (90 percent of which are in Kern County, so this is clearly an attack on our county, specifically), in addition to a policy directive to phase out fossil fuels in the state completely, sent shockwaves throughout our community and among companies who would like to invest here. Berry Petroleum, which operates mostly in California, saw its company stock price drop by 40 percent in the 48 hours following the governor's announcement.

The governor's attack on our oil industry is a clear threat to our jobs, tax base and ability to prosper as a community. What other industry provides high-wage career opportunities for non-college graduates, where you can earn $80,000 per year? What other industry in our county contributes more to our nonprofits and institutions of learning?

The governor's attack on our oil industry in Kern County is totally unfair and unjustified. We have the cleanest, safest, most environmentally responsible industry in the country. Since 2015, with our Oil and Gas Environmental Impact Report (EIR) and permitting, Kern's standards to mitigate for air, water and greenhouse-gas has far surpassed state law, and any other oil-producing county in the state. To date, Kern's oil companies have paid $85 million in mitigation fees provided to the San Joaquin Valley Air Pollution Control District for projects to offset the impacts from new drilling, to ensure a "no net increase" in air pollutants.

I realize the governor is under pressure from environmental extremists who want his administration to do more to regulate the oil industry, and these activist groups clearly have the governor's ear. The Kern County Board of Supervisors listened to these same groups through thousands of pages of comments and analysis, and hours of testimony on the Oil and Gas EIR for local permitting in December 2015. Through this process, the Board added significant additional costs to oil and gas extraction, exploration and even maintenance to address all these concerns. In fact, we had an oil and gas company file a lawsuit against the county over our new permitting rules, because they wanted no additional regulations and associated costs. Any new well drilled and older wells reworked are under the new permitting.

Our regulations here in Kern County go beyond State of California regulations and are more protective than any other county in the state. Rather than continue to ignore the extent of our strict local regulations, Newsom should be advocating other jurisdictions in California to impose the same clean air requirements, limitations on disturbance of land on the site plan, disclosure on operations and access and imposition of noise restrictions – all mitigations the Board adopted, but other jurisdictions in the rest of California have not. Further state actions to restrict Kern County oil production, which we know is the cleanest and safest anywhere, will only mean more foreign oil importation, since the demand for oil in California continues to grow with our population.

California imports most of its oil from Saudi Arabia (37 percent), Ecuador (14 percent), Columbia (13 percent) and Iraq (8 percent). In fact, California now imports more oil that passes through the Strait of Hormuz than we produce in the state. Consequently, California remains highly vulnerable to conflict and uncertainty in the Middle East.

Saudi Arabia, our main source of foreign oil, is fraught with human rights abuses. Women lack many rights we take for granted here in California. The LGBTQ community lack any rights and are persecuted and harshly punished. There is no religious freedom. In fact, it is illegal to publicly worship any religion other than Islam. Saudi Arabia has no freedom of the press, ranking 172 out of 180 countries on the World Press Freedom Index. And Saudi Arabia continues to use barbaric methods of punishment like stoning, eye gouging and amputation.

In South America, Colombian pipelines are under constant threat of attack from separatist guerrilla forces. Rivers, like the Sogamoso, and tropical forests are the victims of oil spills and a lack of strong environmental safeguards. Ecuador has begun drilling oil in the Yasuni National Park in the Amazon. This is one of the world's richest rainforests, with some 500 species of fish, 600 kinds of birds and thousands of species of trees and plants. And all of this is being done without the strong environmental and worker-safety standards we have here in California.

Moreover, all this foreign oil comes in through our ports. A recent LA Times article reported that the ports are now one of the leading causes of pollution in California, with diesel burning trucks, ships, locomotives and cargo-handling equipment. Not only are the ports choked for capacity, they are now choking neighboring residents with their pollution. More foreign oil imports only make this problem worse.

So, the question is, why would the Newsom administration pursue policies that will destroy domestic production in California, only to send our jobs and treasure to countries with terrible human rights records and little to no environmental controls? If we want to be good stewards of our environment and protect our fellow man, why would we not instead produce our oil here, where we do it safely and responsibly, protecting our environment, our workers and our communities? This is the hypocrisy of the governor's attack on Kern County, and we will not accept it!

If the governor continues to attack our jobs and our economy, we will fight back. However, it doesn't have to be this way. I believe that we can both achieve our goals for California. We all acknowledge that fossil fuels will not be the primary energy source forever. However, as the state transitions away from fossil fuels, let Kern County supply the state's oil and gas needs. Let the Newsom administration concentrate on reducing demand for oil, and by doing so, Kern County and the rest of the state's producers can supply what California needs. And, as the state transitions off fossil fuels, help us to diversify our economy so we are prepared for the future the governor envisions. But, don't destroy our economy, prop-up the economies of countries that are bad actors, and put our energy security at risk.

Kern County can be a partner. We have proven we can help the state achieve its goals to transition to a green energy future. We have constructed 16,000 MW of wind and solar energy and have already permitted 3000 MW/hours of batter storage, making wind and solar more viable. Kern County leads, by far, the rest of the state in renewable energy production. I support this same type of innovation with new economic development ideas for attracting Carbon Management Industries. And, not just CO2 sequestration, but actually scrubbing CO2 from the air and making products from it. These new carbon management industries belong here, and will generate new sources of high-quality jobs and revenues for the county. Yet, rather than the governor giving us credit for our monumental achievements, and what we can yet achieve for the state, he is instead punishing us by attempting to deny our right to utilize the God-given natural resources in our county to support our families and communities.

Kern should be the model for the rest of the state, the country and the world; an example of how to produce energy the right way. Don't ask us how Kern is going to be "a part of the green transition," as some environmental activists have recently challenged. We have led the "green transition" in this state since 1988 with the first wind turbines located in Tehachapi. And, through our efforts to permit and construct more renewable energy in the state over the past decade, we have reduced our unemployment rate from 23 percent to 9 percent while other counties have struggled. Sacramento needs to ask us how to do it, not tell us how! We did it first, well before this administration even existed.

The Newsom administration needs to hear from us. To that end, at the conclusion of the hearing, the Board unanimously approved my referral to appoint a delegation of individuals from our community, who support our oil and gas industry, who understand the vital role that it must play in our economy and way of life for years to come, to meet with the governor. We must compel him to cease his attacks on our county, and explain to him how we can play a key role in California's clean energy future.