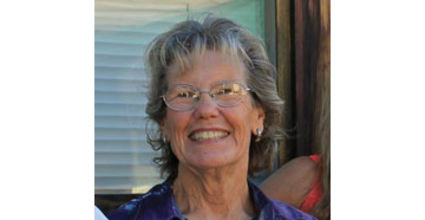 Julia Bosma and her son Peter Douglas moved to Tehachapi in November from Bakersfield when Julia began her new position at Rio Tinto US Borax in Boron. The geologist was hired as an "environmental adviser" for Environmental Compliance and Permitting. For her, Tehachapi was the most obvious choice of a place to live and she has become well acquainted with other Rio Tinto employees who live in the area. Prior to Rio Tinto, Julia had been working for the California High Speed Rail, first in Sacramento and then in Bakersfield.

Julia was born in Salt Lake City but grew up on the East Coast in Maryland. Back on the West Coast for college, she majored in Geology and received her Bachelors Degree from University of Washington before earning her Masters Degree from University of Nevada Reno. She married a fellow geologist and their two sons, Erik and Peter were born in Reno. While in Nevada, Julia said she worked for some of the gold mines. The family finally moved to Denver. Peter had made a plan to follow in his parents footsteps and study geological engineering when it was discovered he had epilepsy, cutting short his plans. He is currently here in Tehachapi waiting for evaluation for surgery. He is a wiz at jigsaw puzzles. His older brother Erik is engaged to be married and still living in Denver.

Julia said she moved around quite a bit, spending time working in Colorado and Alaska before being hired to work with the High Speed Rail Authority in Sacramento. She was eventually transferred to Bakersfield where she spent the last couple of years.

Julia likes to cycle and hike and is excited by all the opportunities available in Tehachapi. Gardening and cooking are among her other favorite activities. She loves dogs and on Feb. 20 will be adopting a Cairn Terrier named Duckie who is currently in training with Marley's Mutts.

Welcome to Tehachapi Julia and Peter.

When Tonia Orta was hired in October to teach Kindergarten in Mojave, she wanted to find a place to live that was not in Mojave before she made the move from Los Banos, Calif., a town she had lived in since she was 16 years old. Anyone who has traveled Interstate 5 from Los Angeles to Northern California may remember Los Banos as the turnoff to Gilroy or the Pea Soup Anderson's windmill located near the interchange.

She found Tehachapi appealing and remembered it as the place her mother always passed on her way to Laughlin, Nev., her favorite vacation spot. Tonia said her mother passed away about a year ago and it was then that she was able to think about moving away from Los Banos.

Tonia was born in Pasadena and spent her early years in South Pasadena. Her mother's second marriage made her the oldest of 10 children in a blended family. It was when her mother's best friend moved to Los Banos that they followed and had been there ever since. She has a son Marco, now 27, who at one time played in the high school band in Los Banos. Before becoming a teacher, Tonia worked in retail and other jobs. She said the most interesting job (next to teaching) that she ever had was working for a raw dog food company.

She loves teaching Kindergarten and has taught that level for most of her teaching career. She did teach 4th grade for one year in Los Banos and tried Junior High in Coalinga for one year which was enough to know it was not for her.

Tonia is a crafter at heart, spending much of her spare time knitting and crocheting. She also likes to paint. Her companion these days is her little dog, an eight year old terrier named Ajax. The little black and white dog has markings that look like heart tattoos on his paws.