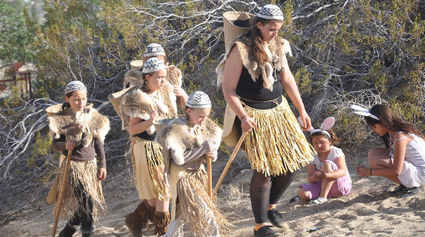 Antelope Valley Indian Museum State Historic Park seeks actors, ages 8 to 18, for the annual outdoor play based on a traditional California Indian story. Rehearsals will be every Tuesday afternoon from 4 to 5 p.m. starting on Tuesday, Feb. 11. The performance will be the evening of Saturday, May 2. Rehearsals and the performance will be held at the Antelope Valley Indian Museum State Historic Park, 15701 East Ave. M, Lancaster.

The history of theater at the museum dates back to 1932 when museum founder Howard A. Edwards wrote an Indian pageant, which was performed outdoors near the museum, annually from 1932-1935. Edwards' drama students from Lincoln High School played the main roles, and local friends and neighbors played the secondary roles. Edwards named his outdoor stage Theatre of the Standing Rocks.

Pets are not allowed in the park. For more information, call the museum at (661) 946-3055 (711 TTY relay service), or visit our website at http://www.avim.parks.ca.gov. Join us on Facebook at http://www.facebook.com/AVIndianMuseum.

Subscribe to California State Parks News online at http://www.parks.ca.gov/news or email us at newsroom@parks.ca.gov.

California State Parks provides for the health, inspiration and education of the people of California by helping to preserve the state's extraordinary biological diversity, protecting its most valued natural and cultural resources, and creating opportunities for high-quality outdoor recreation. Learn more at http://www.parks.ca.gov.