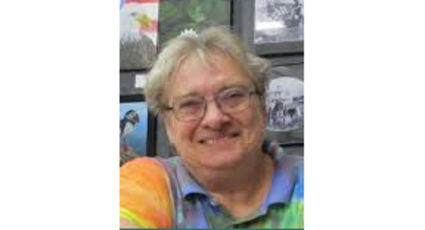 Plenty of good things have happened in my life, and one of the best things that's happened is bringing Benny and Bailey to my home on May 5, 2012. It was a bit of an odyssey to get them, because that happened after a bad and painful series of events, but I did bring them home and that's what matters.

About a year after my dog Charlie died, I was ready for another dog and I had my heart set on a Corgi. I heard about two adoptable Corgis whose person had died, and as it turned out, the temporary caretaker lived right down the road from me. We had a great time chatting and the dogs would be nearby so she could visit any time.

Two days later, however, the day I was to pick the dogs up, the caretaker had changed her mind and I was devastated. But then another few weeks later I ran into Chelley Kitzmiller (of Have a Heart Humane Society) and we got to talking, as usual, about dogs. She mentioned a Corgi-mix named Benny, and she told me about Bailey, a little Heinz 57 mix who had been abandoned with Benny, and who was quite lively and who had the "cutest little underbite...." I said I might be interested in adopting both of them.

I went to the next adoption day at Radio Shack and came home with both Bailey and Benny. They had been fostered separately for a year, so they seemed as joyous at being reunited with each other as they did to be finding a new forever home. I personally was enthralled by both of them.

They had distinctly different personalities, and yet they were so good together. Benny was more afraid, more depressed, more subdued (for awhile I dubbed him Benny Boop), while Bailey was full of vim and vigor and interested in being the center of everything. In time she got him to play and thanks in large part to Bailey's enthusiasm (and perhaps a little of my own effort), Benny came out of his shell and proved to be a happy little guy who loved playing and wrestling and wagging his little stub of a tail as much as he liked his treats and belly rubs.

I don't know why they were abandoned but they were both full of manners, housebroken, and loving and open. I ended up taking them to work at the store and they became great little shop dogs. I swear some people came into the store only to see how Benny and Bailey were doing.

Then a little over a year ago, Benny developed diabetes, and we had to make some new routines in the house to keep him on a strict feeding schedule and regular insulin shots. He took them like a trooper, my little Benny Mon. But over the last few weeks his health started to go downhill rather quickly.

A trip to Tehachapi Vet got him back on his feet, but only for a couple of weeks. He was failing fast when I had to make the decision no one wants to make, and I had to let him go. This was on October 17, about seven and a half years after I got him.

I am still heartbroken. Bailey is still a little subdued by his loss. I feel Benny walking across the bed as I sleep, I see him prancing around the store looking for me. I still see him anxious for treats, and hanging his head out the window during car rides. I could go on and on, but most of you know exactly what I'm going through.

The loss of a pet is a real loss; the grief is real. I'm blessed to still have Bailey, and my kitten Anni, but there is a definite hole in my heart as I say goodbye to my little Benny-Mon. Benny Bud, Benny Bup Pup, Benninenny.

It's hard to say goodbye, but it is a part of life. The love and joy he brought to my life cannot be taken away even though he is not here with me. Bailey and I will be fine (Anni, typical cat, is already fine), and I like picturing Benny now running and jumping and playing somewhere across the Rainbow Bridge, and eating all the treats he wants, and getting belly rubs all day long.

© Marilda Mel White. Mel White, local photographer and writer and pet lover, has been looking on the bright side for various publications since 1996. She welcomes your comments at morningland@msn.com.