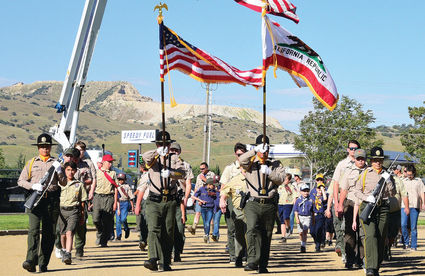 The CCI Color Guard led in the parade of nearly 100 scouts at the start of the retirement ceremony.

The 12th annual Boy Scouts of America sponsored Flag Retirement Ceremony was conducted at Coy Burnett Field in Tehachapi on June 14. This celebration coincided with the nation's Flag Day and also included a tribute to the Normandy landings in France that occurred 75 years ago in 1944. 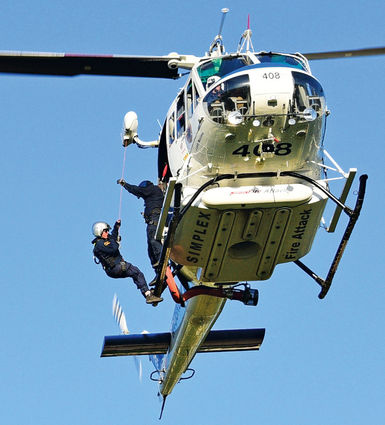 The Boy Scouts received a new flag for use at the stadium flagpole. The flag was delivered by Kern County Fire Captain Guy Lawrence who, with flag in hand, was lowered down by hoist from Kern Fire Helicopter 408 and then handed over the flag to the awaiting Boy Scout Color Guard.