Anthropology: Experience the world in a different way 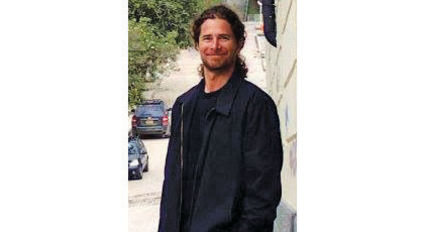 There is a lot that we read and hear about when it comes to other parts of the world but actually visiting and experiencing another culture in person is quite different.

Not only has Cerro Coso's Anthropology and Sociology instructor, Alec Griffin, traveled through 43 countries, he has also had some exciting and terrifying experiences along the way. Traveling to Cairo in 2013, 11 days after a coupe d'état deposed President Morsi, was among some of the craziest. The pyramids and Cairo museum were empty as the country experienced serious protests, unrest and an imposed curfew. For Griffin, the trip was amazing.

The cultures of the world are widely varied and unique. Learning to "adapt and overcome," Griffin's motto in life, ensure you gain the most from the experiences. Raised on a large pig farm in Northern California, Griffin attended San Diego State University for his undergrad and Cal State University, East Bay for his Master's in Anthropology, along with a second Master's of Public Policy from Cal State University, Monterey Bay. He also received his teaching credential along the way and spent the last 16 years teaching every grade level from kindergarten through community college. In addition to traveling and exploring new cultures, Griffin likes to run, hike and play guitar.

Cerro Coso Community College offers the Anthropology Associates Degree for Transfer and all of the core major classes are available onsite locally at the Tehachapi campus. Other courses in the major include: Archaeology where students have the opportunity to tour the local archaeological sites such as Tomo Kahni, Cultural Anthropology that explores people around the world and Native Peoples of North America.

Stop by Cerro Coso's Tehachapi campus at 126 S. Snyder Ave., for more information or visit the website at http://www.cerrocoso.edu.