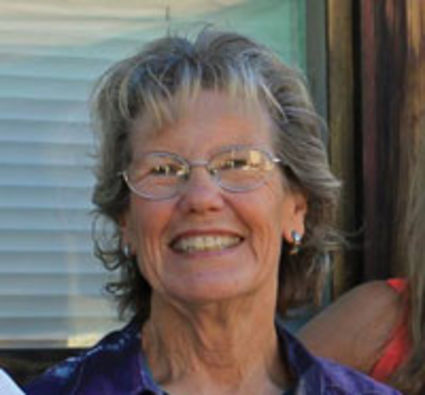 Sam Steeley arrived back in Tehachapi in April. Employed by Lehigh Cement, he had been transferred from Tehachapi to their plant in Redding, Calif. two years ago and now he has been transferred back. He is accompanied by his girlfriend Barbara and his father Dan. He found the perfect house for all of them in Bear Valley Springs before starting work.

Sam originally went to work for Lehigh in 2014 and is now their Quality Control Manager. It is his responsibility to design and maintain the recipes for making cement. He said that the Tehachapi plant currently only makes one type of Portland cement. However, working as a chemist is actually his second career.

Modesto was his original family home. He was born there and still has family living there. He moved to Renton, Wash. in 1989 and after high school took up commercial fishing in the Bering Sea. I asked him if he had ever been on "Deadliest Catch" a popular TV show about the industry and he replied "no." The show started after he left the industry, so he missed it. He went back to school and graduated from the University of Washington with a degree in Chemical Engineering leading to his current career.

A camping, hiking and fishing enthusiast, he knows he is living in the right community. Also, he and his father will both have their hands full taking care of their big new back yard. Sam said his father was caretaker of the yard in Redding and has already started taking care of their Bear Valley home as well. Thinking they are helping out by guarding their new home are Tyson, a young rescue mutt, Denali, an older Malamute and two cats, Sparticus and Juniper. Everyone seems to have adapted very well to their new surroundings.

Welcome back to Tehachapi to Sam Steeley and family.

When I met Sara Johnson, she had been in town for one week and was anxious to learn as much as she could about Tehachapi as quickly as possible. She popped into The Loop office one morning because she figured a local newspaper might have fingers on the pulse of her new community. Full of energy and experienced in food service and hospitality, she had quickly found a job but said it was not busy enough for her so she was still interviewing. We set an appointment and ended up sitting on a bench outside the Hitching Post Theater (on one of the few days that it was warm enough to do so) discussing Tehachapi, its history and why it is such a great place to live.

Sara said she was basically from the Bay Area and had lived in Livermore for the last five years. She told me that she had followed her older sister, Nicole, there. Soon after Nicole moved to Tehachapi, Sara followed her here.

Born and raised in Granada Hills in the San Fernando Valley, Sara said she left Southern California right after high school. Sara has two brothers who live in Los Angeles and two sisters, Nicole and Eve. She said that between her siblings, she has eight nieces. She also has a small terrier mix pup named Kalil, a big name for a small dog (Kalil was Superman's real name).

Sara likes to read, hike and walks everywhere. I recently ran into her again at the first Farmers' Market and she said she had found a more satisfying job and was on her way to work.

Welcome to Tehachapi Sara. I am certain we will be seeing you around town.