Back when projectionists fell out of the Tehachapi sky 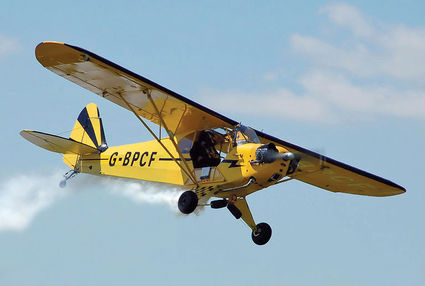 "Harry Beauford Jr. was a film projectionist and he had two projectors and one amplifier.

We'd load them up into Harry's old Model A Ford, which had an enclosed delivery truck bed on it, and then we'd haul 'em up to Kernville so he could show movies there once a week. After the show we'd load them up again and bring them back. Once we tipped over near Walker Pass, but people who'd been at the movies lifted us back up on all four wheels and we came on home.

One afternoon Tootie and I were in Downtown Tehachapi, going to the movies at the BeeKay Theater on Green Street when it was still new (it opened in 1936).

A group of people were milling around outside the theater because one of the owners, Louie Kanstein, he wasn't selling tickets or letting people in because he wasn't sure there was going to be a show that evening because he couldn't find his projectionist: Harry Beauford. 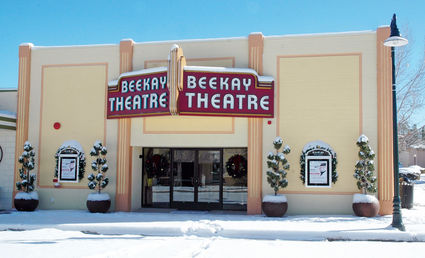 Then the crowd heard the roar of a small airplane overhead, and we all looked up and suddenly a man jumped out of it! As he was tumbling toward the ground, he opened a parachute and floated down and landed. We all clapped and cheered when the jumper stood up and we could see it was Harry. Louie Kanstein opened the doors, we all went in and Harry went into the projection room to get things started."

Hooks Anderson was raised in Tehachapi and worked for the Monolith Portland Cement Company for more than 40 years.

He was an almost supernaturally gifted craftsman and woodcarver who built everything from black powder guns to furniture and clocks, totem poles, flutes and even his own sawmill when he was 75 years old.