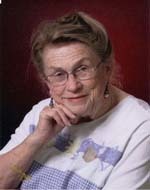 It's been three-and-one-half years since Pam and Tom Stenson initiated the veterans Breakfast here in Tehachapi. The gathering is also known as the Veterans/Honor Flight Breakfast. Pam and Tom realized that even though there was a Veterans' Breakfast in Bakersfield, many vets in the Tehachapi area couldn't make it to Bakersfield. The first breakfast held locally was at the Veterans' Hall where there was "standing room only." Father Mark Maxon, Pastor St. Malachy Catholic Church, also a Veteran, was present at that first gathering and invited them to use the larger parish hall. An average of 150 vets, family members and volunteer help show up on the last Saturday of each month where they enjoy seeing the vets visiting with friends. The laughter and camaraderie speak for themselves. As time passes it often turns out that what they grumbled about when on active duty can become fond memories.

The Honor Flight Program is still alive and functioning and on May 7, 8 and 9 another local vet viewed the World War II Memorial Monument as well as other Washington sites. The sixty hour trip for some vintage veterans is covered carefully with two EMTs on each flight and a companion (known as a Guardian) accompanying the passenger. This latest trip will make fifty-five vets who have made the flight to Washington D.C. from the Tehachapi Branch of the Program. Tom Stenson works closely with Leli Marsh who is the Kern County Honor Flight Hub (Branch) Director and their total of Honor Flight vets amount to 1,500 from their Hub. At first it was of main interest to see that World War II and Korean veterans be given the chance to make the flight but as time moves on the category will change.

There are interesting tales that come from every person who served in Uncle Sam's military forces. Don Branske, an old U.S. Navy "Salt" who spent twenty years serving his country can certainly describe what it feels like to experience a collision at sea while aboard a destroyer.

Henry Ochsner, a regular "Breakfast" attendee, is the last survivor of the Band of Brothers who were Paratroopers in World War II and dropped behind enemy lines in Germany for reconnaissance purposes.

When calling out for various ages of those attending the Breakfast, they find that Salvador Martinez just turned 100 on April 15. Woodrow Wilson was President when he was born.

During the opening ceremonies of the monthly veterans Breakfast and after the prayer and flag salute, Richard Oldenberg, trumpeter, plays the specific military hymn representing the branch of the U.S. Marines. As the song is played those whose branch of service fits, stand while the song goes on. The number of vets standing tend to balance out but there are usually just two Coast Guard veterans. They always get the biggest applause. Those "Coasties" know their stuff.

The breakfast is good for people who get together in friendship but it also makes known the needs of some as well as making them aware of benefits not known.

When people ask, how does a person get invited to the Veterans' Breakfast. The answer to that is "Show Up!"