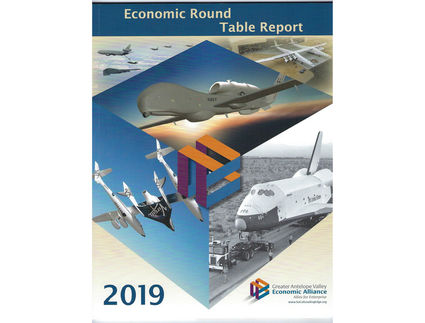 Six members of Congress from California are campaigning to site the proposed Space Development Agency in the military areas of Edwards Air Force Base and the Naval Air Weapons Station China Lake.

At the March 14 meeting of the East Kern Economic Alliance (EKEA) at the Mojave Air and Space Port, Representative Kevin McCarthy's field rep Gary Medina presented a letter sent from the congresspersons to President Donald Trump, stating the case for the location.

"[W]e urge you to consider two bases in the R-2508 military restricted airspace complex (R-2508) that are well-equipped to serve as the headquarters and the lead for weapons development and weapons employment concepts for the proposed Space Development Agency: Edwards Air Force Base and Naval Air Weapons Station China Lake, respectively.

"Because of these bases' proud legacy of breaking barriers and their consistent track record of delivering cutting-edge solutions to our nation's toughest problems, these men and women embody the necessary culture of innovation and have the technical expertise required to rapidly prototype and field the next generation of space capabilities for our warfighters.

"Both bases provide a central location, near the core of the American space industry, to unite the acquirers, contractors, scientists, testers and operators necessary to produce revolutionary space capabilities for the United States and our allies. Equally as important, R-2508 provides a refuge to conduct sensitive and classified work, due in large part to the landmass of these bases contained within, and the volume of the secure 'surface to space' airspace it affords. There Is no location better poised to serve as the bedrock of the new Space Development Agency..."

Also at the Alliance meeting, Amanda Barnes, who works for Kern County under a Department of Defense grant designed to help diversify the East Kern economy, said plans have been proposed to establish a day care center at the Mojave Air and Space Port. More than 2,500 people work at the Air and Space Port, and many live in distant communities. Bill Deaver of Mojave said that good new housing is needed in the community but "builders can't find comps."

Unemployment is at historic lows, Teresa Hitchcock, Kern County economic development strategist, said, and she emphasized the need to train and retain a skilled workforce locally to replace an aging workforce.

"We are getting to folks who have not been in the workforce," she said. "They take a lot of handholding and it takes a lot of training. They are getting off the social service roles."

Judy Hyatt of Lake Isabella said that 300 homes were lost in the Erskine fire, and "there's not enough housing." She said that Lake Isabella has not been stocked with fish since Sept. 29, as the water lines at the hatchery require replacement.

She expressed appreciation to Tehachapi's South Street Digital, which contracted for the first time to design and print the report. 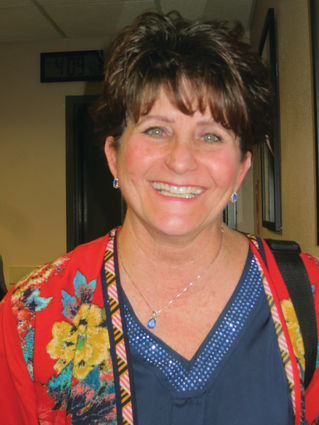 The publication presents the economic assets of a triangle that stretches from Ridgecrest to Palmdale to the Grapevine industrial area, and encompasses those cities as well as Edwards Air Force Base, California City, Tehachapi, Boron, Mojave/Rosamond, Lancaster and smaller communities to the south. The report includes a wealth of business and demographic information about each location, with an emphasis on aerospace development. The report is accessible on the GAVEA website, https://socalleadingedge.org/ and around town at various locations.

Maevers, a tireless cheerleader for the economic growth of the GAVEA area during her more than six years as CEO, is leaving GAVEA to devote time to her pet sitting business that has grown enough to consume her full-time attention.

Manager Tom Neisler of the Tehachapi-Cummings County Water District told the district board on March 20 that the State Water Resources Control Board has increased the State Water Project contractor water allotment to 70 percent. The allotment, he said, takes the district “from doom and gloom and more than meets our requirements.”

“We will have a surplus this year,” he said. “Brite Lake [Jacobsen Reservoir] is two feet higher than last year.” He said the district nevertheless will apply for “every drop we can get” from the interconnected state water supply.

He reported that he met with the Kiwanis Club of Tehachapi and the Tehachapi Valley Recreation and Park District regarding the club’s proposal to produce the Tehachapi Paddle Race Festival at Brite Lake in June of 2020. He said the district “will do everything in our power to support that project.” It would be the first event of its kind at Brite Lake.

According to the March 19, 2019 National Drought Summary of the United States National Drought Monitor (https://droughtmonitor.unl.edu/), California emerged from drought conditions the previous week for the first time since Dec. 11, 2011, ending a 376-week dry streak. “Reservoirs continue to slowly replenish in areas of the state still experiencing abnormal dryness,” the website reported.

Pump plant tour – The Tehachapi-Cummings County Water District invites the public to tour the pump plants that push water 3,425 vertical feet up the hill from the San Joaquin Valley to Tehachapi. This is a fascinating tour that meanders through Tejon Ranch on the way up to Tehachapi. One cannot but be impressed by the visionary planning of the local men who created the system and by the massive engines that enable the Tehachapi valleys to thrive. The Thurs., April 18 tour includes lunch. Call the water district office at (661) 822-5504 for reservations. Visitors caravan in vehicles driven by district employees, who can answer questions along the way.