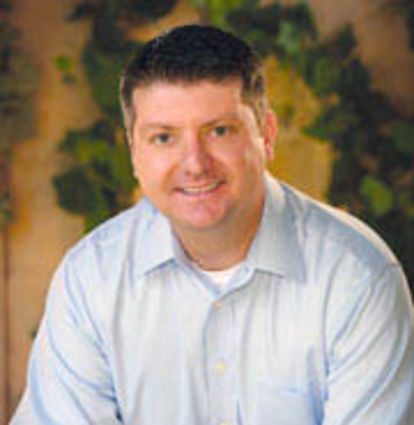 At the Feb. 26 meeting of the Kern County Board of Supervisors, I introduced a resolution calling on the California High Speed Rail Authority (CHSRA) to abandon the High Speed Rail (HSR) project in its entirety. On March 12 the Supervisors voted four-to-one passing this resolution.

At its best, this so-called "bullet train" was nothing more than a pie-in-the-sky idea sold to the California voters in 2008 as a way to produce more jobs, cleaner air, less congestion, etc. at a "modest" $9 billion – plus federal taxpayer and private investor money to cover another $10 billion-- and audits every step of the way .

Fast forward today – 10 years later – today's price tag is $77 billion, and the project never left the station, tore up lands, produced massive concrete structures connected to nothing, filled the coffers of consultants and attorneys, caused chaos and costly planning nightmares from San Diego, through Central Valley towns and farms, and up through the Bay Area. (You know a project is terribly flawed when folks from Kern and San Mateo Counties BOTH oppose it!) And private sector investment? No one in the private sector invested a dime and it took nine years to get an audit.

My resolution cites the California State Auditor's own findings that the CHSRA had flawed decision making and ongoing poor contract management. This contributed to cost overruns in the billions of dollars. The Auditor also found that the CHSRA would most likely not meet its new construction deadline of 2022 unless they built the Central Valley portion twice as fast as they planned. The Auditor warned that missing deadlines puts the state in jeopardy of having to pay back as much as $3.5 billion to the federal government.

In his recent State of the State address, Governor Gavin Newsom acknowledged these mistakes, but made a flawed decision himself when he said he'd adjust the plans and only keep the HSR project alive from north of Bakersfield to Merced. With all due respect Governor, take a train from here to Merced - and then what? Jump on the Merced subway? Go to Avis or Hertz to rent a car and drive the rest of the way to the destination?

This flawed from-the-get-go project should be abandoned. Instead, the billions already out on bonds (a government-term for a taxpayer-backed credit card) should be redirected to projects that will truly benefit Californians, and all those traveling our highways. A few billion dollars redirected away from this train would go a long way to making Highway 99 and I-5 the smooth and efficient roadways that 21st century Californians deserve. We desperately need truck climbing lanes on eastbound Highway 58 through the Tehachapis; passing lanes on Highway 119 to Taft would greatly increase safety; the Westside Parkway needs to be extended out to I-5, and we need Highway 46 to be 4-lanes from Wasco to the Coast. The options are numerous, all are projects much more worthy of funding, and no conductor would ever shout the words "All aboard!"

It is my hope that with Kern County definitively calling for this project to be dropped like a hot potato, other counties and local governments across the state will join us and put pressure on the Governor and the Legislature to redirect our taxpayer dollars to other, more worthy projects that truly serve the citizenry.