Sacramento water torture. Who will fix the WaterFix? 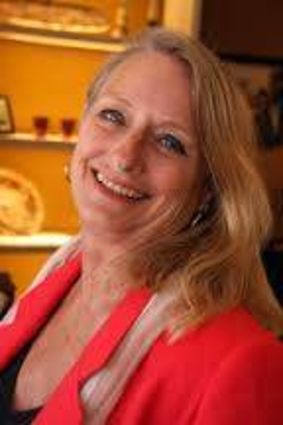 The transition from the Jerry Brown to the Gavin Newsom gubernatorial administrations is creating uncertainty among water agencies as to the direction of the complicated WaterFix plan.

"We had a clear understanding of Governor Brown and the role of water agencies," Tehachapi-Cummings County Water District General Manager Tom Neisler said. "Water issues have not had prominence in Newsom's campaign and transition. We have no answers. We need information so we can plan for the district. We need information at the local level."

A Jan. 3 story in the Sacramento Bee listing Newsom's top 10 campaign promises includes combating homelessness, gun control, tenant protections, apprenticeships and health care, but there's no mention of water or of the plans formulated under Brown to address water issues.

The WaterFix, as proposed by Brown and the California Water Resources Control Board, would see the construction of two massive tunnels under the Sacramento Delta to deliver water to the growing population and agricultural fields to the south.

Newsom, Neisler said, is not in favor of the WaterFix as it is currently configured, and his incomplete transition team is not yet able to discuss water issues.

Water agencies were surprised when the State Water Resources Control Board issued new regulations on Dec. 12, 2018 that require 40 percent unimpaired flows [when the watercourses flow freely without diversion or dams] from the San Joaquin River and its tributaries, one of which is the Kern River.

"The governor [Brown] has said the goal of Delta flow management is co-equal goals between the environment and people," Neisler said. "The regulations adopted by the [State Water Resources Control] board does not meet those goals. There have always been low and high years and the fish have adapted."

Factors that impact the water flow, he said, go beyond simply gallons, and include the time of the year, temperature, turbidity and salinity.

"The 'more water, more fish' approach does not work," he said.

The Association of California Water Agencies (ACWA) says that the unimpaired flow requirement will be harmful.

"No one seriously disputes that the policy on unimpaired flows being pursued by the State Water Board will hurt local economies and impede implementation of the Sustainable Groundwater Management Act," wrote Timothy Quinn of ACWA.

Tehachapi receives water from the State Water Project (SWP), which the district pumps 3,425-feet up the hill from the southern end of the San Joaquin Valley. The Tehachapi valleys also utilize water from three well-managed underground aquifers. The initial SWP allocation this year is 10 percent of the contracted amount to which the water district is entitled.

"This is typical and not indicative of the final allocation," Neisler said in his report at the Dec. 19, 2018 water district board meeting. He said, however, there is cause for concern, as Oroville Dam will be kept artificially low during spillway repairs. The Oroville situation resulted in a 35 percent allocation in 2018, "despite an 80 percent water year."

Neisler told the board that in Southern California, natural gas set an all-time high price of $13.85/mmbtu (British Thermal Unit) on Dec. 1, 2018.

"February prices are currently $5 to $6. These wild fluctuations make planning 2019 operations very difficult at this time."

Neisler said that since the Public Utilities Commission shut down the Aliso Canyon natural gas storage facilitiy – the largest such facility in the world – there is no natural gas storage in the state of California. As a consequence, spot prices vary with demand and what's in the pipeline.

Get ‘er done already – While the Tehachapi-Cummings County Water District board of directors was lamenting the loss of the district’s respected auditor per regulations that require auditing firms to cut ties with clients after five years, the Tehachapi Valley Healthcare District had the opposite problem. “I am dissatisfied with our audit firm,” Chief Financial Officer Chet Beedle said at the Dec. 18, 2018 healthcare district board meeting. “They’re still putzing around with the reconciliation with Adventist Health Tehachapi Valley. I gave them an ultimatum – get it done in 30 days. The clock is ticking.”

Awesome growth – Anyone who has been in Tehachapi for a few years can see the amazing transformation of downtown, as new buildings sprout up and old buildings take on new life through remodeling. Many of the old buildings have been vacant for 10 years or longer. Instead of that old empty bank at Green and F streets, there will be a wine boutique. Down the street, the old Moose Lodge will be an event center. The old Masonic Lodge is now the uber-cool library. Dr. Gassaway’s old dentist office at Green and E streets, remodeled by the same classy crew as the library, will be headquarters for offices and an acting studio. The old Ace Hardware, which originally, I am told, was a bowling alley, is being reborn as the headquarters for World Wind and Solar. And then there’s Walmart ... progress takes many forms.