Local holds on to hope and memories after Camp Fire 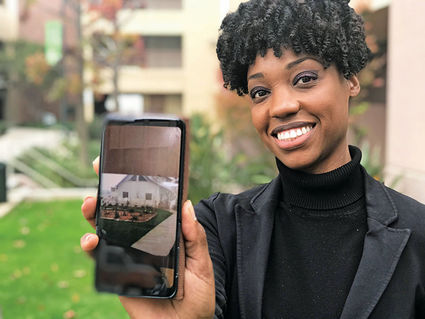 Around the holidays, when Angela Newton reflects on her childhood in Paradise, Calif., she thinks about the home her family built.

The one with the light blue siding and wraparound decks. The one where her mother hosted formal dinner parties with fine china for friends and family on holidays. The one where she worked alongside her daddy in the garage to change the clutch in her first car. The one she helped build with her own hands, digging leach lines and laying floors, helping transform a plot of barren land pitted in the forest into her family's 3,300-square-foot dream.

It now exists only in memories.

"It's part of my grieving process – not for the property, and not for the things we lost, but it's the legacy," said Newton, director of nutritional services at Adventist Health Bakersfield and Adventist Health Tehachapi Valley. "It's knowing what my father and mother lived through and worked through to realize this dream."

Newton's family home was just one of nearly 14,000 houses destroyed by the Camp Fire, the deadliest fire in the state's history, which scorched more than 153,000-acres in Butte County, Calif., and devastated the community of Paradise where Adventist Health Feather River stands.

Despite that loss, as Christmas drew near, Newton and her family found things for which they're grateful, much of which she attributes to divine intervention.

Her father, Ron – who built a career as a surgery tech before becoming a deacon – and mother, LaFreeda – who worked as a nurse before becoming director of chaplain services at Adventist Health Feather River for 14 years – have found God in the unexpected again and again.

Even the way they came across that land in Paradise almost four decades ago seemed serendipitous. Ron wanted a life for his kids that stood in stark contrast to his upbringing in South Central Los Angeles, which was marked with gang murder, violence and fear.

"My father's desire was to create a living environment much different than what he knew growing up," Newton said. "He chose a good woman to partner with and he wanted to return to something whole, something safe and something he could focus attention on, seeing his generation not only preserved but thriving."

A picturesque home in the forest seemed like the right fit, but Ron and LaFreeda thought they would have to travel to Oregon to find a place to call their own.

Then, while trekking north in the early 1980s, their van began to sputter. It started to slow and broke down on a forest road. When the couple looked up, it was like a sign from God: sprawling acreage with a for sale sign sunk into the ground near the roadside – a little piece of paradise in Northern California. They built their lives there.

The Camp Fire wasn't the first time Newton's family home was threatened by fire. Ron stood his ground in 2008 when another wildfire threatened the property and fought off the flames until firefighters forced him to evacuate.

He didn't have that opportunity with the Camp Fire inferno. It was a blessing from God, Newton says, that she had persuaded her parents to travel to Bakersfield early for her birthday and a pre-Thanksgiving gathering. They were among the first off the mountain as the fire began. 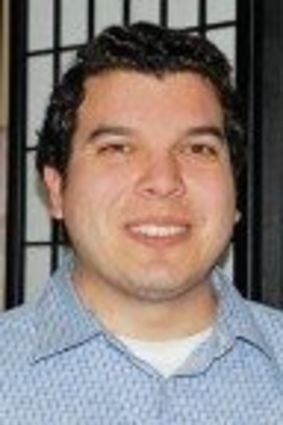 "I believe that's divine intervention," Newton said. "Nobody's walking around with their head down over the fact that this is a catastrophic loss. This is another part of the journey, and a temporary situation."

Christmas, however, was different this year. Newton's family didn't retreat north to their family home where they spent so many holidays. Her mother didn't put out fine china for a meal to feed 50 people, as she did so many times. Her father didn't go out back to tinker on cars in the garage.

Instead, the family celebrated Christmas at Newton's home in Bakersfield, a somewhat daunting experience for someone who admits they're "no Suzy Homemaker."

But the holiday wasn't somber, Newton said. They still gave thanks for the blessings they have, and spoke about their plans to rebuild in Paradise against all odds, inspiring hope for another generation.