A dog's best friend is those who love them 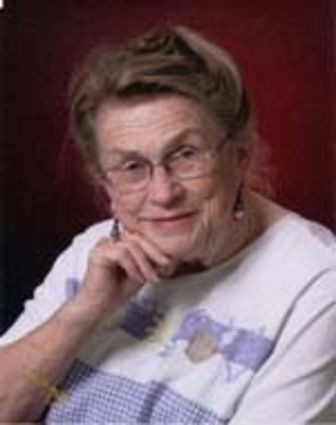 Everyone has a dog story. Those animals whose main concern is the person who owns them. Their love is unconditional and they would die for us. They are funny, affectionate and protective. They die too soon and make our hearts hurt, but the memories they leave are very dear. Three dog stories follow.

I see pictures in the papers of homeless animals looking at us with wistful eyes. A friend of mine told me a story of she and her husband adopting a 2-year-old female German Shepherd a couple of years ago. She had been found in Tulare, Calif. and taken to the Westside German Shepherd Rescue in Los Angeles. A beautiful animal named Missy was considered an adoption risk because she had a "tic" and would suffer with an episode. She also had been found to have had distemper. An adoption risk in most people's minds. My friend and her husband have had Missy for 2 years and tell me that she is a wonderful, kind and loving dog. They wrote a letter to the Rescue Organization in Los Angeles telling them that the skeptics who were afraid to adopt a handicapped dog have missed a great deal. Missy is now 4 years old. She doesn't know she is handicapped, she just handles it.

Now, here is the "rest of the story." I am not sure of the time frame, but sometime during the past 2 years they adopted two young German Shepherd dogs from the same organization. The new pair named Lacy and Buffy, are now 3 years old: younger than Missy. They may be litter mates, but I'm not sure. It makes a good story though if they are. Missy accepted them as young kids and tended to watch them like the good dog that she is.

One afternoon while she lay on the floor near her lady's chair, the other two dogs were playing together. Rough housing, it might be termed. Rolling and tumbling and play fighting. Finally, Missy raised her head up and emitted a single, "RUFF." It probably meant in dog language, "Cut it out!" or maybe "knock it off!" Lacy and Buffy did as they were told; immediately. Man! Missy had spoken.

I went to the dog pound one day when we lived in Oceanside, Calif. I don't recall why I was there but I saw a little 3-month-old German Shepherd/Collie mix puppy. He was so cute, I brought him home. Since he was a puppy we called him "Puppy" and he still had the same name when he died 14 years later. Unknowing people say dogs cannot reason and dogs don't have a sense of humor. Maybe not, but Puppy did.

He was very smart and we had fun teaching him the usual dog tricks. He could sit up, roll over, lie down, speak loudly or whisper, shake hands and fetch. Put a dog biscuit on his nose and he would toss it in the air and catch it. Routine stuff that any dog can do. When we were transferred to the desert of 29 Palms I taught him to get the morning paper for me. Nothing to it. Each morning I'd say, "Get the paper, Puppy." Most days it was routine. Then on an occasional day, I would give the request and I would see a funny look on his dog face and I knew this was the day I would not get the paper. Oh, he would bring me something: a stick, a rock, a piece of cardboard or anything handy. It would be dropped at my feet. He'd stand there looking at me waiting for me to say something. Just the minute I would laugh and say, "Puppy! GO GET THE PAPER, he'd turn right around and go fetch it. My dog had a sense of humor. He only did it, maybe, every 10 days or so.

The dog who lived next door must have noticed Puppy getting the paper for me. So, "neighbor dog" started taking my morning paper to his house and putting it on his owner's porch. Some mornings, when I'd say "Go get the paper, Puppy," he would immediately go next door to the neighbors porch to retrieve it.

When my son would ride his horse in the long desert summer late afternoons, Puppy would go with them trotting along side. If another dog happened to be near by, Puppy would chase them away and then come back looking at my son as if to say, "See, it's safe now." He bit the milk man once as he tried to hand me a bill. Guess he was trying to save me, too. The milkman didn't sue.

Our dog, Brownie, was older than I. I came along in 1928 and they told me he was there before me.

He was a mixed breed. I never knew his lineage. He was a good 9 years when I was seven. We lived in Mojave on M Street which, at that time, was the very last street in town. Not a thing behind our house but desert. Brownie was a sweet tempered old lazy dog who liked to sleep but if he were to see a snake he'd grab it in its middle and shake it back and forth while biting it and it would eventually die.

One day he found an unfortunate snake and was giving it the old "bite, bite, shake, shake" treatment and on one of the shakes it flew out of his mouth and the momentum carried the reptile up in the air and draped it over the electric power wire leading into our house. Well, Brownie didn't know where it was, he just knew it had disappeared. He spent the afternoon looking for it. Even several days later we would see him go to the recent snake execution spot and look for that snake. He never did know what happened to it. One of the Mojave Winds finally blew it away. Poor Brownie.

God knew what he was doing when he made dogs. I like cats too, but that's another story.