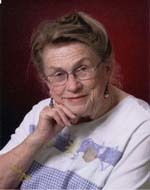 In 1950, when my husband and I were newlyweds, we decorated our first Christmas tree. Since his Marine Corps salary, in those days, didn't cover too many extras, we relied on a charge account with good old Sears and Roebuck. From their catalog I ordered some ornaments and lights but Sears said they were out of the particular lights I had ordered so they sent me a better quality replacement for the same price. Good customer service. They must have sent me their best super-duper type lights for they lasted 13 years without ever burning out a single bulb. However, they had sent bubble lights and I have never cared for them, not because they aren't pretty but because they don't stay standing upright and keep tilting; at least ours did. But, we kept them and put them on the tree and I tried to keep them standing up straight for I dislike the looks of those electric candles being crooked and lopsided. The cheap trees with the wobbly branches, that our newlywed budget allowed, made it almost impossible to keep those darned lights upright. They simulate the old-fashioned Christmas trees of yesteryear where people actually put lighted candles on their trees. They also kept a bucket of sand and water nearby, "just in case of fire."

The children, when they came, loved those bubble lights. They were fascinated with the way they boiled up inside. So, after 13 years passed and those bubbly lights began to burn out, I bought more of those darned things. Sears had a hand in starting a tradition for our family whether I liked it or not.

We had, pretty much, a set date for decorating our tree. You might say we made it a tradition to wait until Dec. 15. Sometimes the children would come running in on a late November day saying, "The neighbors have their Christmas Tree up already, can we put ours up?" It's not that we did not keep Christmas in our hearts all year, it was just a little early for our family. I also told them that we did not celebrate the Commercial Yuletide that begins right after Halloween and comes to a screeching halt on Dec. 26, we would decorate our tree on Dec. 15 as usual. I was usually just getting a leg up on special house cleaning and readying for the yule season and the date fit into our plans. It was a rule adhered to and the kids were busy counting the days until we could "decorate." We did hold to another tradition though by keeping the tree up until the Feast of the Epiphany on Jan. 6; the day observed by the Church as the arrival of the "Wise Men."

One of my sons, as a small boy, asked if he could sleep under the tree just one night in his sleeping bag. He enjoyed it so much with those darned bubble lights going full blast. He never knew that I spent most of the night on the couch making sure all was OK and that the lit-up tree stayed safe.

At first, my Christmas trees were, to me, a work of art with carefully placed ornaments and precisely placed icicles and tinsel. Some years I enjoyed gold and red ornaments, and yards of red and gold beads for trimming plus myriads of icicles and of course, the stupid bubble lights standing drunkenly fastened on their branches, but shining through. Sometimes there were multi-colored bulbs, but always a perfect, "hands off" tree. Then as the children learned to make miles of paper chains and funny little clay-like "things" brought proudly from school, our tree took on a sort of miscellaneous look which today I still prefer. It's a "lived in" sort of atmosphere; personal property of the children who would sit and watch the bubbling lights and identify their own particular ornament. Those are the trees that carry the dearest memories; not the classical, no soul, work of art I once thought was so grand.

My mother, a talented seamstress, always made the children beautiful pajamas for Christmas and those gifts were opened Christmas eve night so when I took pictures Christmas morning they would look great in their new night clothes and Grandma could see her work being appreciated.

The children shopped for one another at the local dime store. One could actually find dime items at Sprouse-Reitz Dime Store in Oceanside, Calif., near Camp Pendleton where my husband was stationed at the time. They bought strange and wonderful items for one another. We allowed them to open these gifts on Christmas Eve as they would have been pale in comparison to Santa's display on Christmas morning. So after opening their carefully purchased items they were sent to bed and I straightened those doggone candle shaped bubble lights for the umpteenth time. All of us in Church to celebrate the Birth of Jesus Christ, on Christmas Day and then dinner with family members; those were good times.

Now that those busy days are over and ghosts of Christmases Past are fond memories, I sometimes notice little traditions that have been passed down by my children to their own babes. Not too many years ago (well quite a few, actually) I heard a grandchild say, "We do this every Christmas. Did you ever do this, Grandma? Did you ever have bubble lights on your tree?"

Then I could truthfully answer, "Yes, by golly, we did!" Shades of Sears!

I still have one bubble light night light that my daughter gave to me some 17 years ago. I don't turn it on too often for, believe it or not, I don't want it to burn out. It still bubbles.