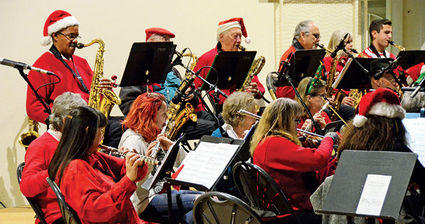 Once again it was nearly standing room only for the annual Christmas event. Sponsored by the Bear Valley Springs Cultural Arts Association, the program featured nearly 20 popular Christmas musical selections. Santa was there and the audience enjoyed the yearly sing-along portion of the program.

A note of recognition was bestowed on the orchestras clarinetist Wayne Thompson, in honor of his eight years as the orchestra president.