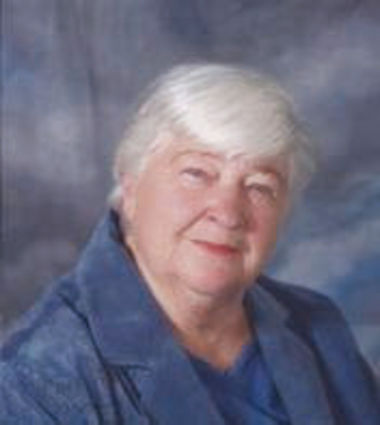 [Editor's Note: This article was originally printed in our 2008 November/December holiday issue. Gloria Gossard local author and historian wrote for The Loop in her column, "Tehachapi Time Machine." Gloria Gossard passed away on Sept. 11, 2010 after a long illness. She was 83 years old. We hope you enjoy this step back in time with our good friend Gloria.]

One hundred and twenty eight years ago residents of the Tehachapi Valley were preparing to celebrate Christmas. It would be an occasion far different from those celebrated prior to the coming of the railroad just 10 years before. Homesteads then were scattered throughout the valley and there were no nearby centers of commerce. Consequently any celebration, including Christmas, was based on the ingenuity and talents of the settlers. Gifts were handmade and confined to family members. A wife could present her husband with a handmade shirt, a knitted pair of mittens, socks or a muffler. A husband's woodworking skills would be apparent in presenting his wife with a cutlery box, a hand carved cooking paddle and for some, a handmade rocking chair. Children's gifts included knitted caps and mufflers, rag dolls, a wooden sleigh, or a toy horse or pistol whittled from a tree branch.

In 1867 a new world opened with the formation of Williamsburg and Hirschield and Green's mercantile store. Now available were bolts of material and spools of matching threads, ready made flannel shirts for men, lace collars for women and a variety of housewares and crockery. All were appropriate gifts along with an assortment of hard candy sticks and molasses chews. By the time 1876 rolled around, Tehachapi was (according to a Bakersfield newspaper) "having a prosperous future with agriculture and business both booming." New businesses included several hotels and general merchandise stores, even a drug store and a barbershop. A number of residents now resided in town and their children attended a two-story school house. There were two houses of worship; one for Catholics and the other a Methodist church.

This change was soon reflected in the Christmas gift exchange. Gifts were still practical, but store bought replaced hand made. Aside from the well-stocked shelves of local mercantile they had access to mail order catalogs from Sears and Roebuck, Bloomingdale Brothers or Jordan Marsh and Company for a treasure of items never seen before. There were bolts of such exotic material as silk from India (75 cents to $1.50 a yard), velveteen (50 cents to $1 a yard), or Cashmere wool (45 cents to $1 a yard). A woman's painted fan sold for 39 cents; a white or black satin one with hand painted flowers sold for $1.25. A "fancy box" with a scented sachet and two bottles of perfume started at 25 cents with a deluxe edition at $1.25. Other gift ideas included a hand painted porcelain pin (45 cents), a pair of hand sewn suede gloves at $1 a pair, in kidskin for $1.50.

A pair of men's driving gloves were $1.50 to $1.75 for a pair in deerskin. A set of men's plain suspenders were 25 cents; in cardinal or blue silk for $2. Men's toilette articles ranged from 6 to 47 cents for a shaving brush, a bone handled razor at 50 cents to $3, and a bottle of Oakley's Bay Rum was 49 cents a bottle. For pipe smokers there was a French Briarwood pipe for 70 cents (a Moroccan leather case was an extra $1) and a Meerchaum Pipe with a hard leather stem was $3.

"Go to meeting" clothes for children included an array of girl's cambric dresses starting at 70 cents; a fancy gingham trimmed with embroidery for $1.25. A boy's Norfolk style suit in Cashmere was priced at $3.25 – for youth's 14 to 17 years old the price was $7.50 (every suit order included a patch of matching material for mending or patching).

For recreation there were harmonicas at 5 cents on up to 45 cents for one in German Silver with brass plates. Bloomingdale Brothers advertised "Dolls of all kinds from 5 cents to $12" and "Toys of all description. Prices on arrangement." Games included "Old Maid" (10 cents to 25 cents), "Lotto" (25 cents to 67 cents), and "Dominoes" (49 cents to $2).

Christmas was also the time to replenish school supplies (which students had to provide). A new 5 inch by 7 inch slate was 3 cents; a larger 8 inch by 12 inch slate was 6 cents. A copy book for copying lessons started at 3 cents, a Spencarian copy book (for penmanship lessons) was 11 cents. Books were acceptable for all family members. "A Boys Book of Games," was 59 cents and for 94 cents a parent could buy, "Oliver Optics Works." Recommended reading for girls included, "Holmes Works" (89 cents) and "Alcott's Works" (90 cents). For a family there was a 13 volume set of, "The Works of Shakespeare" for $4.39.

Sometimes it took all year to save up enough money to buy just one special Christmas gift. Even without fancy wrappings, such a gift was cherished for a lifetime by young and old alike.