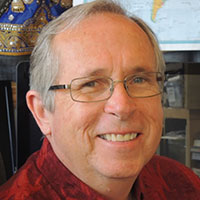 Are you getting tired of getting spam and scam calls on your cell phone? You know; those calls about elections, solar panels, IRS problems, dubious charity donations, energy retrofits, health insurance and all the rest.

Current cell phone technology offers ways to block these calls. Of course, the spammers know this and have adapted. Almost all scammers and robocallers use "number spoofing" to make it hard to block them. Just because a number starts with 661, doesn't mean that's where the scammer is calling from.

Is it hopeless? No, there are at least three ways to fight back against spam calls on your cell phone.

If you answer a call or get a text message that you think is a scam, don't talk to the caller or reply to any text message with STOP, as they'll often ask you to do. If you do either of those things, the callers will know your number is in service and they'll keep calling or texting you.

When the scammers call, you can block the number and report it, in an effort to prevent more calls or texts of that nature.

Android phones can report spam calls in the Phone app: open your recent calls list, pick out the scammer's number, and choose Block/Report Spam. Of course, not all brands of Android phones or even carriers work exactly this way, so your blockage may vary.

Up until iOS 12, iPhones couldn't report a call as spam; you could block a number, though. Much like Android phones, open the Phone app and find the call in your Recents list. Tap the "i" button and scroll down to Block this Caller.

iOS 12 does include a "report as spam" feature for developers, but it's complicated and needs an "Unwanted Communication" feature to be turned on in Settings. Apple's catching up to scammers and spammers.

Reporting text messages is a little bit easier: No matter what phone you have, just forward the text message to SPAM (7726). This lets your carrier know about the number so it can try and block future traffic from the number. Android users can also report text messages by going to the menu, then People & Options, then Block and checking Report as Spam. This sends the message to both your carrier and to Google, so Google can improve their spam blocking filters. iPhone users can report blue-bubble iMessages as spam with the Report Junk link that appears below messages from unknown users.

Verizon, AT&T, Sprint and T-Mobile all offer services or apps that can filter out spammers and scammers, sometimes before they even ring your phone. Of course, most of the services cost money.

Are there any apps I can put on my phone that will help ID and or block spammers and scammers? Of course there are. The two biggest are HiYa and RoboKiller. HiYa is free, and RoboKiller is $2.49 a month.

Ok, this is the "nuclear option," if you will. Just set your phone to Do Not Disturb for anyone not in your Contacts list.

For both Android and iPhones, use your favorite search engine to look up the Do Not Disturb settings for your specific phone and carrier.

And yes, some real calls will be blocked if the number isn't in your Contacts, but that's what Voicemail is for, right?

Have you ever gone to YouTube to watch a particular music video and then realized it's three hours later and you're watching a tutorial on how to talk to a giraffe?