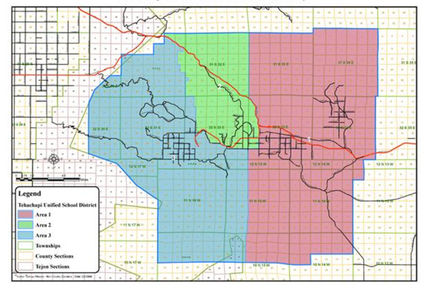 Two of the seats in the seven-member Tehachapi Unified School District Board of Governors, or Trustees, are being contested Nov. 6. The board members must live in the areas they represent but voters in the entire district can vote for all. There are two board members in each of the three areas and one at-large member. The current at-large member (designated as Area 4) is former Tehachapi Police Chief Jeff Kermode, who is running unopposed. Joe Wallek, also an incumbent, is running unopposed in Area 2. The unopposed candidates do not appear on the ballot.

Two candidates are running for Trustee Area 3, Seat E, with the retirement of board president Mary Graham -- Richard Savage and Nancy Weinstein.

Savage began his career in education teaching Spanish at Valencia High School in Santa Clarita. At Antelope Valley High School, he taught, coached and supervised campus-wide student and administrative activities. He served as Principal of Calistoga Jr./Sr. High (Napa Valley). He has three children in TUSD schools and one who is a graduate of THS. Savage is the director of the California Connections Academy, an online public charter school.

"Our community is only going to grow. I want to make sure the school district is prepared for and can handle the growth that is headed our way," Savage said.

"I have been thinking about this for two years," candidate Nancy Weinstein said. She has been involved in TUSD activities for eight years, including serving on the School Site Councils at Cummings Valley Elementary and Jacobsen Middle School. She has worked on the LCAP (Local Control and Accountability Plan) budgeting process. "I know the principals and have taken the time to study the issues," she said. Weinstein is an adjunct professor of risk management at California State University, Bakersfield. She is a process improvement specialist engineer at The Spaceship Company, where she works to solve problems by means of critical and strategic thinking and planning. "Setting high expectations for student conduct and behavior will ensure that classrooms are constructive centers for learning," she said.

Austin, who serves as the board clerk, has been a Trustee for eight years.

"In that time, we have come through some difficult seasons and remained a strong district. We approved our own Safe and Inclusive Schools curriculum that focused more on kindness and less on individual special interest groups."

Also during her tenure, the board instituted a summer food program, approved staff raises and commenced the 6th grade center.

"Currently, I am most concerned with finding the right District Superintendent for Tehachapi, someone who will share our small-town values and relationships while incorporating the highest level of achievement for every student and building relationships with their staff that invite loyalty and cooperation," Austin said.

An educator for 36 years, Rick Scott taught in Tehachapi for 32 years, at Tompkins and Cummings Valley elementary schools and at Jacobsen Middle School, where he served as dean of students. He has been involved with the TUSD "as a parent, teacher, administrator, substitute and now as a retiree." Special Ed, he said, "needs to be cleaned up." He said the district needs to find a superintendent.

"Finding a superintendent is hard to do. It is hard to do an interview and get a concept of the person." Scott said the district must engage in teacher recruiting. "We have to stop hiring without credentials. We used to have 30 people for each job." Now, he said, it's hard to find enough applicants. Scottt said he wants to see improved communication among the board, the teachers and the community.

"Parents need a voice in this district, candidate Cristin Lassen said. "I was pretty frustrated when teachers went through contract negotiations. We are losing quality teachers. The board initially advised the superintendent against giving the teachers a raise.

"I know we don't have endless funds. We need to reassess our goals, re-prioritize on how the money is spent." She said the STEAM center on the high school campus cannot open because the district does not pay the electricity bill. Coy Burnett Stadium, she said is not ADA compliant. Lassen has served on the School Site Council at Tompkins, is on the LCAP committee, has volunteered for 10 years and is on the board of the Stadium Foundation. Lassen is business manager of Monolith Aeroworks at the Tehachapi Airport. 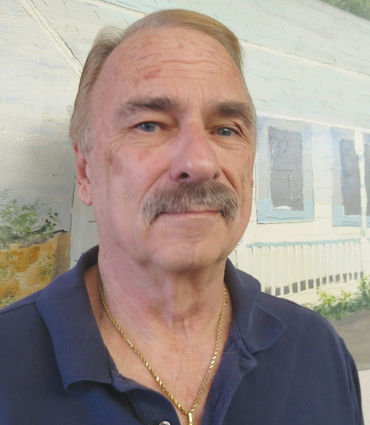 Unopposed candidate Joe Wallek said that "the spiraling decline in teacher morale" had been a major concern, but "with the board appointment of Interim Superintendent Paul Kaminiski, this situation appears to have been reversed." Wallek said the creation of the district's therapy dog program "has proven to be an effective asset for our counselors and a wonderful addition as 'honorary' students to our campuses." [The Golden Retrievers offer calming therapy to distressed students]. Wallek advocates a School Resource Officer (a law enforcement officer) for safety on each campus. He endorses the use of armed retired police officers as security for school sites. "Unless there is a better, more cost-effective way to ensure the safety of our loved ones, this program should be considered."

Unopposed at-large candidate Jeff Kermode said that the school board has done a good job with the budget this year, and negotiations with the teachers went smoothly. "It was done in a couple of meetings, very friendly."

Kermode said the district made progress in attendance and in reducing suspension and expulsion rates by bringing in alternative discipline measures.