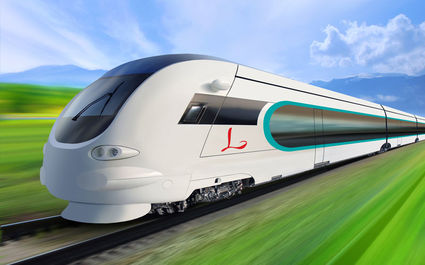 The embattled California High-Speed Rail Authority, fending off cries of "boondoggle" from detractors and awash in financial challenges, has issued a new business plan that attempts to tackle the turmoil head-on and set a fresh course.

Completion of the rail line into Bakersfield is central to the success of the project, in addition to "bookend" improvements at the ends of the line.

A March 9, 2018 press release from the California High-Speed Rail Authority says the plan "transparently acknowledges the project's challenges and outlines a sensible path forward that will continue to put thousands of Californians to work building the nation's first high-speed rail system."

Authority CEO Brian Kelly, recently appointed following a string of turnovers in the position, said the plan shows that organizers of the project have learned lessons from the past.

"The plan reflects our commitment to apply lessons learned and make organizational improvements necessary to deliver this project to initiate high-speed rail service between the Silicon Valley and Central Valley as soon as possible...."

The draft business plan, "acknowledges cost increases affecting each segment of the project ranging from 20 to 35 percent and revised schedules that would push out delivery dates for the Silicon Valley to Central Valley Line and Phase 1 System. The draft plan acknowledges and responds to changed circumstances and emphasizes a new way of doing business moving forward."

-- Complete the 119-mile segment in the Central Valley as required by the federal government.

-- Extend service from the Silicon Valley to Bakersfield.

-- Deliver 224 miles of High-Speed Rail ready infrastructure for use by 2027 in the Central Valley from Madera to Bakersfield and in Silicon Valley from San Francisco to Gilroy.

-- Continue bookend investment in Southern and Northern California, including improving the Los Angeles Union Station, the Burbank to Anaheim corridor and electrification of the Caltrain corridor in the Bay Area.

The project currently has 20 active construction sites on the 119-mile segment in the Central Valley.

The High-Speed Rail 2018 business plan can be found online at:

The public can submit comments to the Authority in the following ways:

– Online through the Draft 2018 Business Plan website at: http://hsr.ca.gov/About/Business_Plans/Draft_2018_Business_Plan_Comments.html

– Public comment in person at a Board of Directors Meeting on March 20 (Sacramento) and April 17 (Los Angeles).