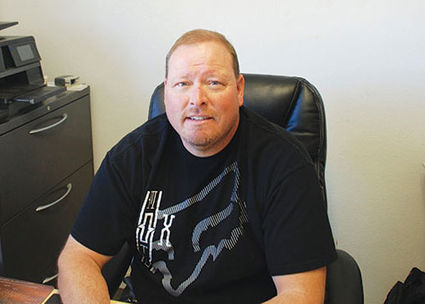 Darin explained that he has wanted to move to Tehachapi for some time; however, the time was never right for his family to make a move. With the Abbey Carpet space becoming available in Tehachapi and his youngest son, Joshua, graduating from Frontier High School in Bakersfield next June, he and his wife, Tiffani, can plan to make a permanent move. In the meantime, Darin is living in an on-site apartment.

Darin says that he loves living and working in a small town. Working in Bakersfield was always a challenge. Since opening Tehachapi Floor Covering, he has even found the time to attend his first rodeo. He and Tiffani have four grown children and their grandchildren are not too far away. They are excited to become part of their active new community.

Darin wants everyone to remember that when it's time for your new carpet or flooring, come out and visit the expansive showroom at Tehachapi Floor Covering in Old Town at 20571 Santa Lucia or call Darin at (661) 822-5025.