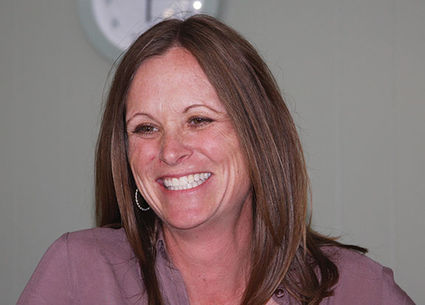 Real estate looking good -- Jim Hutson of the Tehachapi Area Association of Realtors reported to the Greater Tehachapi Economic Development Council on Sept. 2 that in the area Multiple Listing Service there were 281 listings of homes, with 88 in escrow. The number of distressed sales (short sales and foreclosures) is down significantly, at 7 percent. In the last three m onths, 171 homes have sold, with an average of 60 days on the market. The median price of a home is $242,000, up 7 percent from last year. While it's a healthy market, he said, "Water is a big issue here. We are hoping for the Bruce Lee of El Ninos."

Helping our sisters – Tehachapi Mayor Susan Wiggins presented a proclamation at the Sept. 9 City Council meeting to Mary Van Blake and Jennifer Henry of Links for Life, a non-profit that provides free mammograms for young women who otherwise would be unable to afford the procedure. The organization also funds ultra sounds and wig boutiques for women undergoing cancer therapy. The Links for Life annual walk and breakfast will be Sat., Oct. 3, starting at the West Park Activity Center and ending at the Tehachapi SENIOR CENTER. Call 661-322-5601.

Parks manager offer – At a special board meeting Sept. 10, the Tehachapi Valley Recreation and Park District board of directors accepted the recommendation of the ad hoc committee tasked with finding a new district manager, offering the $84,000-a-year job to LeAnn Williams, who has been recreation supervisor under Matt Young. Young departed for a new job on the east coast at the end of August. Williams had 24 hours to give her response to chairperson Craig Mifflin. The vote to offer Williams the position was 4-1, with director Brian Duhart, voting in the negative, saying he wanted more information on the candidates. The ad hoc committee was Bob Lerude, director of the Kern County Parks and Recreation Department, Tehachapi City Manager Greg Garrett, district director Paulette Rush of MidAmerican Solar and Mifflin, an executive at Lehigh Cement. "This board will support you 100 percent," Mifflin told Williams. Williams, 38, is a Nebraska native whose family has been farming at Hastings for five generations. She graduated from Hastings College with a degree in journalism and earned an advanced degree in sports administration at the University of Central Missouri. She and her husband Mick, a retired Navy F-18 test pilot, now a Delta commercial pilot, have three girls, ages 10, 8 and 6. 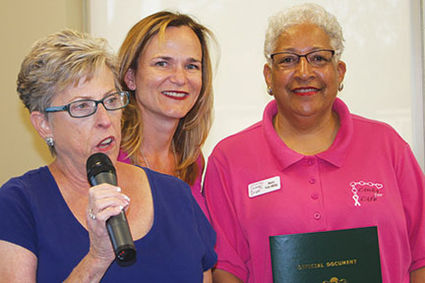 Code enforcement – Craig Sterling Elkin, the lawyer for Mildred Price, who owns the home at 202 Bartlett St., asked the Tehachapi City Council on Sept. 8 to give her a "second second chance" to comply with city code. The owner has been cited for numerous health and safety violations through the years that include red tagging, notices to vacate and finally, a notice of intent to initiate abatement.The city recently boarded up the house. Price's son Glen, who has been a resident of the property, spoke at length to the council, asserting he was the victim of false reporting and harassment. "If I knew somebody like this, I'd kick my own ass," he said. The neighbors have had it with Glen Price. One neighbor, who said that Price had threatened him and his family, said to the council members, "If you give him another chance, I'm going to give up on the whole city.... I have lived here for 19 years. If you give him another chance, you're failing everybody in this town."

The council voted to approve emergency abatement actions and approve a lien of $7,549.00, covering the cost of enforcement for 2015 only and waiving the previous balance of $6,916.00. Price is represented by a public defender. The legal battle goes on.