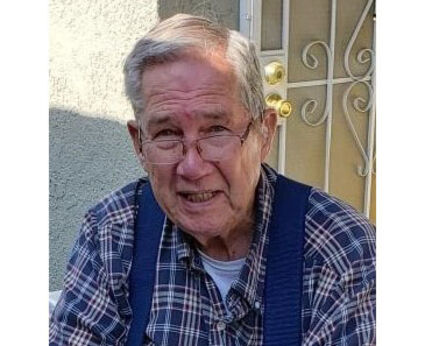 Nathan Leroy Walton was born in Los Angeles, California on Nov. 24, 1938, to parents Ruby Brewer and Arthur Kent Walton. Nathan had four siblings, Daniel, Phillip, Rachel and Priscilla. Phillip died tragically at a young age in an automobile accident. Arthur left the family when Nathan was just 3 years old, and Ruby raised the children as a single mother. They lived in and around the Los Angeles area, primarily in the suburbs of Lynwood, Compton and Downey, for the duration of Nathan's upbringing. Ruby later re-married to James DuPriest.

Nathan went to Compton High School but dropped out prior to graduating. He entered the Navy at age 17, which required his mother's permission. He spent two years in the Navy on the USS Philippines Sea during the latter part of the Korean War. He was honorably discharged. After his military service, he returned to Lynwood Adult School and obtained his high school diploma.

He returned to the Los Angeles area and began working as a machinist at several fabrication facilities. He worked briefly as a machinist for Douglas Aircraft (which would later be called McDonnell-Douglas) before landing his career at Hughes Aircraft in El Segundo, California. Nathan worked for 25 years at Hughes, initially as a machinist and then eventually as a supervisor of high-speed machinery used to fabricate radar systems for F-16s, F-18s and F-35 fighter jets. The incessant high-frequency sounds of machinery at his job at Hughes would later damage Nathan's hearing progressively and irreversibly, a loss he rarely complained about despite its hindrance.

Nathan met Michele Williams in 1969. They married and had two children, Aaron Michael Walton and Joel David Walton. They raised their children in Downey, California, where Nathan coached both his sons in Little League baseball. Nate enjoyed camping trips to Yosemite Valley and boat trips to Bass Lake and Lake Havasu. They moved to Bakersfield, California in 1988. Nathan continued to commute to his job at Hughes Aircraft in El Segundo for another five years before retiring in 1993. Nathan continued to work jobs into his retirement, including machinist, transport for train companies and helping cancer patients make it to their appointments for the American Cancer Society.

In his later years, Nathan moved to Tehachapi, where he was an active member and on the board of the Tehachapi SENIOR CENTER. At the Senior Center, Nathan enjoyed laughing with his friends, playing Keno for small stakes, playing card games (including cribbage, pinochle, bridge, chicken-foot and Mexican train) and baking pies and cakes for the other members of the Center. Nathan enjoyed the company of his friends, whether it be as a Christian at church, as a provider of freshly baked goodies to his community or as a fierce competitor of card games at the Tehachapi SENIOR CENTER. By all accounts, Nate was a friend to all who knew him and friendly to everyone he came across.

Nathan passed away at the age of 84 on Dec. 3, in Bakersfield, California. He played his last cribbage game that day against his sons, Joel and Aaron (and Nathan, not surprisingly, was the victor). He is survived by his sister, Priscilla; his ex-wife, Michele; his sons, Joel and Aaron; their wives, Misti and Sandy (respectively); his grandson, Isaac O'Neil Walton; his granddaughter, River Rae Walton; and his cat, Dusti.