The living Christmas Tree that's native to the Tehachapi Mountains 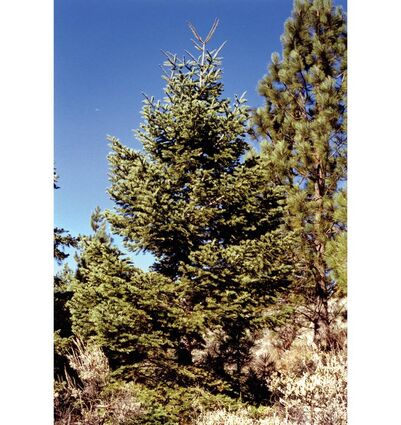 A native White Fir growing in the mountains of Tehachapi.

Venture into the higher elevations in the Tehachapi Mountains, about 5,000 feet and higher, and you will eventually encounter one of our most common conifers: the White Fir. These handsome trees have beautiful green foliage, a dense symmetrical appearance and a delicious, apple/citrusy aroma. They smell just like Christmas trees, because they are Christmas trees – the tree species that Santa most often leaves the gifts around are White Fir, Noble Fir, Douglas Fir and other members of the family.

Not only is White Fir foliage fragrant, the needles themselves have rounded tips, not sharp points like many other conifers, including most pines and spruces. This is among the reasons that John Muir's favorite place to sleep when out camping was a bed of White Fir boughs – the blunt needles won't poke your skin, and as you roll around at night, the soft needles release their heavenly scent.

At times it seems that people like to plant anything in the garden except the plants that are naturally found in the area. And this can be true of White Fir – many big box nurseries don't stock them. Smaller local nurseries often have them, and they are a great choice for a living Christmas tree: buy one in a pot and you can usually keep bringing it inside for a few years until it outgrows a 15-gallon pot. After that, it gets unwieldy to keep bringing in, so then you plant it in your yard and have a well-adapted local that's actually from here. 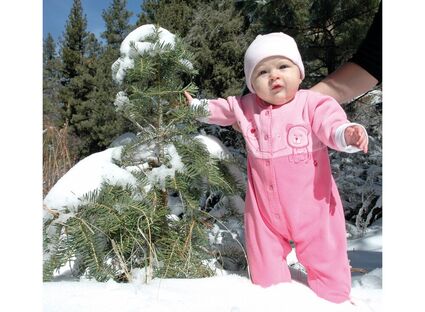 There are varieties of White Fir available now that have been selected for characteristics desirable for gardeners, including 'Compacta,' which does have a smaller, more compact form, and 'Violacea,' which is as blue as a Colorado Blue Spruce. These are beautiful, sweet-smelling trees that are very shade-tolerant, and if you have room in your garden for an evergreen tree, White Fir can be highly recommended.

Starting: Transplanted from a container